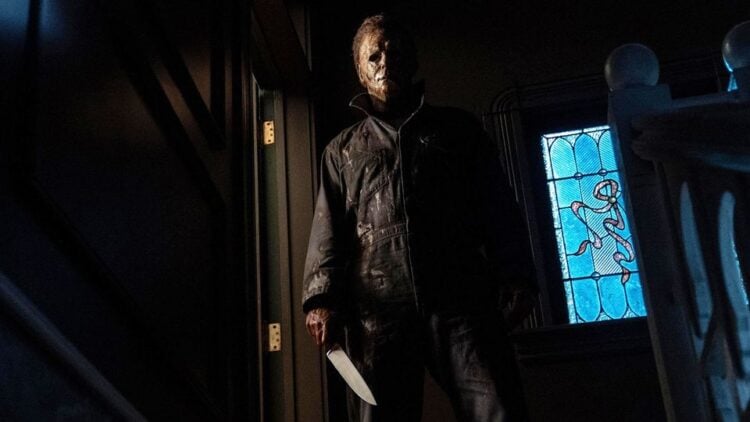 Tonally speaking, Halloween Kills runs the gamut: Some scenes, like the ones with quick-witted queer couple Big John (Scott MacArthur) and Little John (Michael McDonald), lean heavily into horror-comedy, while others, like the brooding hospital-bound exchanges between Laurie Strode (Jamie Lee Curtis) and Officer Hawkins (Will Patton), feel more like macabre melodrama. But director David Gordon Green says that its sequel, Halloween Ends, will feel like something else entirely.

When Green recently joined the Empire Spoiler Special Podcast, he shared a bit about what fans can expect from the tone of Halloween Ends.

“It’s kind of a coming-of-age film, and it’s a very different tone,” Green says. “That’s what excited me about it, is to have the three chapters that I’ve been involved in be very different from each other. They are all there to honor Carpenter, but aren’t necessary just emulating him.”

Halloween Kills traded in nostalgia and had its share of callbacks to previous entries in the franchise, even including a nod to the iconography of Halloween III: Season of the Witch. But Green says that in Halloween Ends, “there’s not a lot of games in it. There’s not a lot of wittiness and retro joy.”

“I sent Carpenter the new draft the other night, and I said, ‘If it feels too [much like] Christine, let me know,'” he continues. “For Halloween Ends, it’s just a love of Carpenter. It’s more than just, ‘Hey, here’s a character and a community that you’ve created.’ It’s, ‘Here’s an appreciation of your legendary body of work.’”

Halloween Ends is currently slated for an October 14, 2022 theatrical release.