Director Elle Callahan and actor Elizabeth Mitchell will be in attendance. 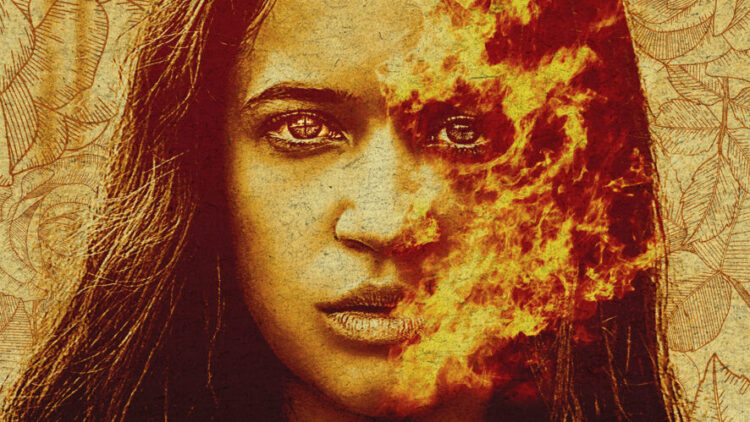 In a modern America where magic is real and witches are persecuted by US authorities, teenager Claire and her family are part of an intricate network that helps these women escape across the border to seek asylum in Mexico. However, when their mode of transport is disrupted by federal witch hunters, trouble befalls the family as they struggle to hide two young witches within the walls of their home. As witch hunters close in and strange magic begins haunting the family, Claire discovers that she may have more in common with these witches than she could have ever imagined.

Dread Central and Jordan von Netzer of Projection PR launched “Dissecting Horror” in April 2020 with a panel focused on horror film scores. Since then, they have produced panels spotlighting stunt coordinators, visual/special effects, costume designers and the creatives behind films such as Followed, 12 Hour Shift, Hunter Hunter, Willy’s Wonderland, Wrong Turn, and more.

Elle Callahan is an American genre film director, writer, and sound designer. A firm believer in story
above all else, Elle is an alumna of USC’s School of Cinematic Arts. Elle’s focus lies in the genres of mystery and magic realism -as she sees the world through amber-colored glasses. Her first feature film “Head Count” premiered at the Los Angeles Film Festival in 2018. There it won the Special Jury Prize in the Nightfall category. Elle commonly sound designs her own films and is an advocate for the Women in
Film movement.

Elizabeth Mitchell recently wrapped a role on the romantic comedy NEVER TOO LATE for director Michael Lembeck, where she plays Ellen Burstyn’s strong-willed daughter and co-stars alongside Jane Curtin, Ann Margret, and Loretta Devine. On the drama side, she also recently shot the independent thriller, THE BURIED GIRL, for director Ben Hickernell. She plays a police captain deeply affected by the murder of a young girl in her district.

In television, Elizabeth was most recently seen in a season long arc on Syfy’s THE EXPANSE. There, she played a Methodist pastor whose calm exterior belies that she is a force to be reckoned with. She’s perhaps best known for her Emmy-nominated performance on ABC’s phenomenon LOST from creator JJ Abrams. She re-teamed with Abrams in yet another power-house role of ‘Rachel’ on his hit NBC drama REVOLUTION. Elizabeth then moved to ABC to portray the ‘Snow Queen’ in the Frozen storyline of ONCE UPON A TIME. Further solidifying Elizabeth’s course on the fast-track were her role opposite Barry Pepper as Teresa Earnhardt in the ESPN original telefilm 3: THE DALE EARNHARDT STORY, and her performance in ABC’s V drama. Mitchell also starred opposite Donald Sutherland on the Netflix drama CROSSING LINES.

On the feature side, Elizabeth starred opposite Frank Grillo in Universal’s THE PURGE: ELECTION YEAR
for producer Jason Blum, which earned over $115 million at the worldwide box office. Whether as Mrs.
Clause to Tim Allen in the last two installments of Disney’s successful THE SANTA CLAUSE trilogy or time-
traveling alongside the likes of Dennis Quaid in New Line’s FREQUENCY, Mitchell has lent her ability to
an impressive and diverse range of roles.

Holly is a multi-disciplined Production Designer and Art Director working across narrative and short form commercial film. Her background in the entertainment and advertising industry has helped craft her art direction. Holly found her passion for Set Design while living in NYC where her journey began at the School of Visual Arts. She specializes in set design, prop styling and decorating to graphic design work, making her a well-rounded detail oriented designer. Trotta currently freelances for a variety of clients including Warner Brothers, Warner Music Group, Columbia Records, and MTV Networks among many more. She lives bi coastal between Brooklyn and Los Angeles. When she’s not working you can find her wandering vintage shops and making her own unique designs out of found objects.

Joanna David is a costume designer based in Los Angeles. Some of her previous credits include “Sleight”, “Papi Chulo”, “OffSeason” and more recently “The Birthday Cake” starring Ewan McGregor & Shiloh Fernandez.