Do You Like Scary Movies? Stay at the ‘Scream’ House with David Arquette

Horror fans can enter for a once-in-a-lifetime opportunity: A chance to stay in the 'Scream' House! 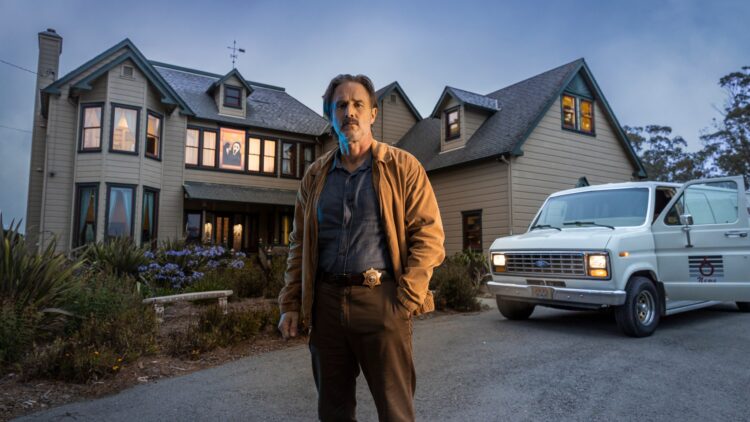 Scream fans in Northern California (or those willing to travel), get ready for a once-in-a-lifetime opportunity: a chance to stay in Stu Macher’s (Matthew Lillard) house! If you’re worried Ghostface may come calling, you’ll be under the protective watch of Sheriff Dewey Riley (David Arquette)!

Step back in time circa 1996, where you’ll be instantly transported to Woodsboro and all the mischance that surrounds it. You and up to three guests can stay the night (if you think you can handle it). Ghostface has returned to terrorize the town, so be careful to avoid any encounters (we all know he loves to make an entrance).

The Ultimate Scream Airbnb Experience involves three, one-night stays for up to four people at the Northern California estate on October 27, October 29 and October 31 for only $5 (plus taxes and fees) a night. Interested guests can request to book the three individual, one-night stays through the Airbnb platform at airbnb.com/halloween when booking opens at 1pm EDT on October 12. During their stays, guests will get to experience all the scariest elements of the original film, including:

To celebrate the spookiest time of year, Airbnb will also make a one-time donation to Ween Dream. The organization provides free Halloween costumes to children in need nationwide.

Horror fans unable to travel to Northern California can opt for a virtual experience with screenwriter, director, producer and creator of the franchise, Kevin Williamson. The event, dubbed “Secrets of Scream” will give fans an inside look at the secrets of the beloved horror franchise. They’ll also be able to ask questions about the cast, plot twists, and more.

Williamson says in the description of the event,

“Fans of Scream can get a behind-the-screams look at how their favorite horror flick franchise was made in a discussion with me, Kevin – screenwriter of the Scream movies and longtime horror producer and director. I’ll take you behind the camera to dive deep on the genesis of SCREAM, and share little-known stories from the set of the original movie and our next installment, Scream (2022), which will feature a new generation of fresh blood for Ghostface’s return to the big screen. Come ready with all your burning questions about the plot twists, characters and how scary movie writers like me keep the surprises coming.”

Those interested can book a spot on Tuesday, October 12, at 1 pm EDT at airbnb.com/SecretsofSCREAM. 100% of all proceeds from the “Secrets of Scream” will be donated to The Trevor Project, a charity dedicated to helping LGBTQ+ youth struggling with their mental health.

“The Trevor Project is a charity that’s near and dear to me. I’ve been a part of it for a long time,” Williamson told Bloody Disgusting. “I believe the range for attempted suicide is almost five times higher for gay teens [compared to heterosexual teens]. I just feel like that’s too big a number. Obviously, any number is too big, but that statistic is kind of shocking.”

Also Read: SCREAM Returns to the Big Screen for Its 25th Anniversary in October!

Are you a Scream fan? Are you excited for the next film in the franchise releasing in January? Will you be trying to enter for a chance to stay at the Scream house? Let us know in the comments below or on Facebook, Twitter, or Instagram! You can also carry on the convo with me personally on Twitter @josh_millican. Dread Central is now on Google News!