Sharai Bohannon writes about the issue of white-washed horror criticism and how it's led to the erasure of Black and Brown perspectives. 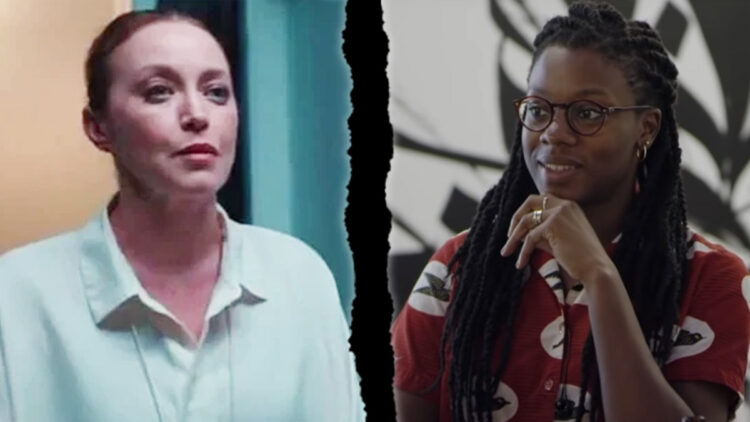 I made the mistake of asking Twitter for names of POC horror critics and the outlets that pay them. I figured it would be a small list, but I didn’t expect the tumbleweeds and silence. I collected four names, one podcast, and one channel while noting that most of this small sample has yet to see a dime for their work.

The very next day, I made a follow-up mistake. I asked which outlets have started addressing the lack of POC horror critics in their outlets and what they’re doing to ensure a change in their culture. It received even less response. However, it did continue the trend of unpaid/unhired POC critics explaining how their pitches usually go ignored.

Because I live on the internet, I have noticed this consistent trend of any area of art criticism overflowing with cis white men. This is why the reviews gloss over what the art is saying about the artist. It results in them giving rave reviews for movies that are gleefully offensive. This is also why so many reviews for any given thing sound so similar. How can they differ if the only voice paid to talk about it is the voice that is unoppressed due to race, gender, class, and everything else that makes our lived experiences different?

This issue has a huge impact on the horror genre because so many movies from Black and Brown people go unnoticed. After all, these critics “haven’t gotten around to it,” or “somehow haven’t heard of it.” This is erasure. This is why so many of us grow up never seeing horror created by people who look like us. Because if the critics refuse to talk about it, or give it low ratings due to their own biases, then these movies are labelled as bad. They’re then sent to the island of misfit toys to get their 36% on Rotten Tomatoes, which signals to everyone it was a failure. Meanwhile, lesser films that revel in white mediocrity succeed because the critics got around to those.

This was especially infuriating these last 18 months as the bulk of genre movies have been made more accessible due to the pandemic.

We can see people skip over His House, which has been on Netflix for almost a year, as they run to Fear Street and try to overlook that trilogy’s flaws and make excuses for the things it gets wrong. We’re watching in real-time how they applaud The Empty Man, but Malignant is divisive as some people seem to suddenly be bored with James Wan now that he’s directed something co-written by a Black woman (Akela Cooper). Even a casual observer could have predicted that Nia DaCosta’s Candyman would upset many critics because the story is finally being told by (and for) Black people and is finally de-centering whiteness.

Also Read: “Be My Victim”: Nia DaCosta’s Candyman and The Insidious History of Racism In the United States

All of this is fucking exhausting, and I haven’t even gotten into how the overwhelming majority of international horror films go ignored yet. As someone who co-runs a horror podcast, the amount of surprise gems that we haven’t ever even heard of is outstanding and embarrassing. Meanwhile, people are trying to make Chad feel good about his mediocre movie about a chair that eats people while pretending we don’t need to unpack these problems in our community.

Hiring more BIPOC horror critics is such an easy fix, but no one seems to care enough to do this. Twitter makes it easy to find us. I follow so many POC podcasters, YouTubers, etc. that are doing it on their own for free because they’re as tired of not being represented as I am. There is no world where they would turn down a regular paid writing gig or a chance to be on a podcast network that would compensate them for their time and talent. Yet, here we all are, having to create our own ways of being heard because no one wants to hire the people they are leaving out in the cold. No one wants to unpack their problematic legacy and change the culture. Why would they?

This article is sponsored by the lovely people who contribute to my BuyMeACoffee fund. They make it possible for me to focus on writing instead of worrying about keeping my cell on.