Bruce Dern Will Star in ‘The Devil’s Trap,’ a New Horror Thriller From Mike Mendez

In the movie, a demonic presence invades a city hospital. 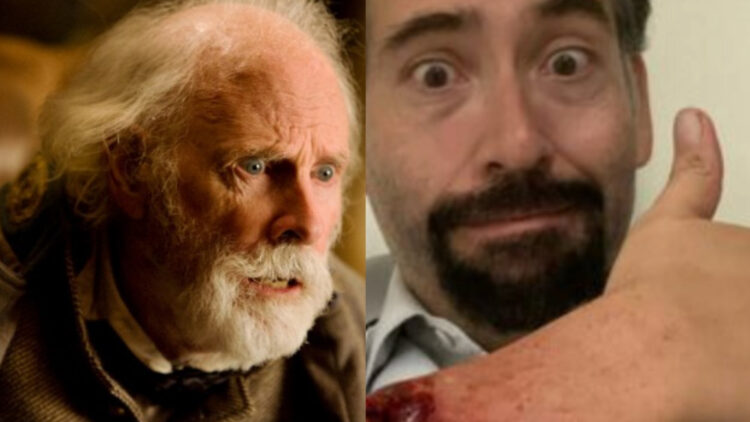 We’re huge fans of Mike Mendez here at Dread Central. Mendez is the award-winning filmmaker whose most popular offerings include The Gravedancers, Big Ass Spider!, Tales of Halloween, and Don’t Kill It.

Savvy horror fans might’ve also caught Mendez’s killer cameo in James Wan’s Malignant. He played a hospital security guard who becomes villain Gabriel’s first victim. (Only natural, then, that his next directorial effort, The Devil’s Trap, is about a demonic presence that terrorizes a city hospital!)

Mendez will direct The Devil’s Trap from a screenplay penned by Michael Caissie (No Tears in Hell) based on a story by Alexander Nistratov’s story (The Curse of the Clown Motel).

“In the quiet nighttime corridors and patient rooms of a city hospital, Abigail (Nistratova) consoles her traumatized brother, Billy (Davi) who is now a paraplegic. Billy suffers from horrible nightmares in which he revisits his childhood, where we meet his alcoholic and violent father. Sharing Billy’s hospital room is a dying man, Mr. Cohen (Dern) who seems to know everything about Billy and Abigail. There’s also another horrific presence roaming in the hospital terrifying patients and staff alike. Paré portrays Father Gestas. Grieco is the lovestruck hospital orderly who worships his nurse g.f. Diana. Their romantic interludes in dark corners of the hospital make his job much easier.”

This project is still in its earliest stages, so we don’t have a target release date at this time. Still, we’ll bring you all The Devil’s Trap-related news as additional details emerge.

Are you a fan of Mike Mendez? Are you excited to see how The Devil’s Trap develops? Let us know in the comments below or on Facebook, Twitter, or Instagram! You can also carry on the convo with me personally on Twitter @josh_millican. Dread Central is now on Google News.