How James Wan Pulled Off That Insane Third Act of ‘Malignant’

The scene that reveals the movie's monster demanded a combination of VFX, puppetry, and meticulous stunt work. 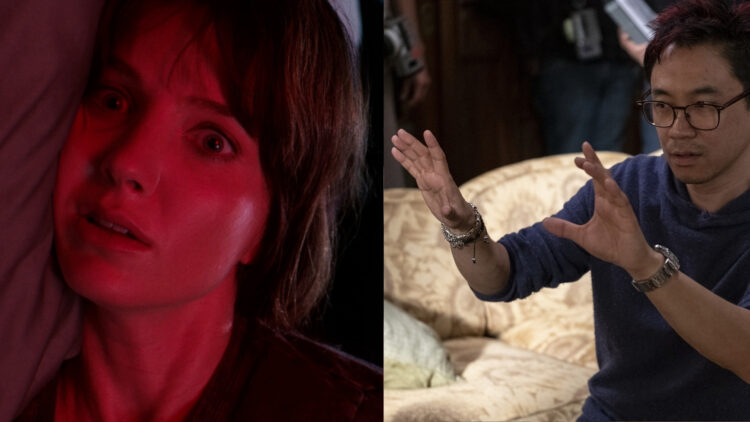 Editors’ Note: Some Malignant spoilers ahead.

Since it opened last Friday, horror fans are on fire talking about the nutso third act of James Wan’s Malignant. Although the monster of the story, Gabriel, turns up mysteriously throughout, it’s in that final stretch of the film that his true nature is brought to the fore.

We won’t divulge too many details about who or what this villain is. But it’s worth noting what Wan told reporters at a recent press conference—that he wanted Malignant to break viewers’ expectations about him being horror’s resident “ghost guy.” To that end, Gabriel played a key role in Wan’s mission to distance himself from supernatural fare.

When Wan does finally give us a full picture of Gabriel’s identity, it happens in a slickly choreographed and gleefully gory action sequence. (We’ll simply describe it, here, as “the holding cell scene.”) The director says that he relied on every tool in his arsenal—from VFX, to puppetry, to stunt performers—to bring this pivotal sequence to life.

“There were lots of people involved to bring Gabriel to life, [first] from Annabelle Wallis’ performance and then leading up to Marina Mazepa, our physical body contortionist and dancer,” Wan told Dread Central‘s Josh Millican.

Mazepa performs as Gabriel in many scenes in the film, but when they shot the holding cell scene, Wan was amazed by her ability to run and fight backwards. “It was all done in reverse. We did not cheat at all,” he explains. “She had to blindly learn and remember her moves and she worked for weeks on just the choreography of that sequence.”

Wallis plays Malignant‘s main character, Madison. But in the holding cell scene, her character is closely linked to Gabriel. Joining her and Mazepa’s performances together with the creature design for Gabriel proved to be a major challenge for the crew. To pull this off, they made a mask to replicate Wallis’ face, placed it on Mazepa’s face as she performed the choreography, and then attached an animatronic Gabriel to the back of Mazepa’s head.

“Between the puppetry, the animatronics, the live performers, and VFX on top of all that, it really did take the entire filmmaking village to bring Gabriel to life,” Wan says. “At the end of the day, I wanted to create a villain that we haven’t seen before—to do him justice, and to do the concept justice. And if we were going to do something so extreme, we had to execute it correctly.”