‘Malignant’ Review: James Wan’s Goriest, Most Audacious Romp is the Best Horror Movie of 2021 So Far 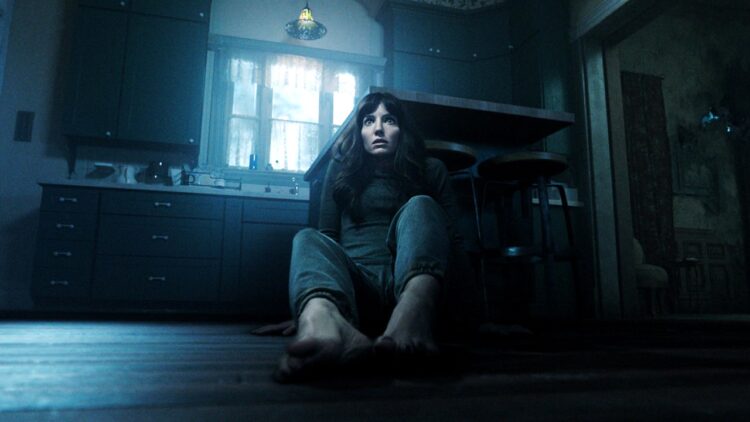 A couple of days ago, I was finally able to reveal that I had attended an advanced screening of James Wan’s latest genre offering, Malignant! Today, I’m beyond thrilled to tell you many of the reasons I’m so enamored by this gory, immensely entertaining bloodbath!

James Wan is already the architect of some of the 21st Century’s best-loved and most-lauded horror franchises, like Saw, Insidious, and The Conjuring. To this day, I still consider the first Conjuring movie (released in 2013) to be one of the scariest films ever made, standing proud alongside The Exorcist and Hereditary. With Malignant, Wan has once again trapped lightning in a jar. While this film may not induce the extreme supernatural terrors we enjoyed in The Conjuring and Insidious, it’s hands-down the filmmaker’s most audacious and potentially polarizing production. It’s also my personal favorite.

Synopsis:
Paralyzed by fear from shocking visions, a woman’s torment worsens as she discovers her waking dreams are terrifying realities.

Malignant sinks its hooks in immediately with an opening sequence set on a dark and stormy night–in an asylum. Sure, it sounds cliche on paper, but the scope and grandeur let audiences know they’re in for something extraordinary. After a quick time jump and a shifting of gears, Act 1 introduces us to Madison Mitchell, played by Annabelle Wallis.

While her connection to the mayhem of the asylum isn’t immediately apparent, Madison Mitchell is a compelling character nonetheless. She’s pregnant–very pregnant. And while this condition may be a source of joy for many women in her situation, Madison is apprehensive. Past miscarriages have left her fearful that her unborn child may not survive (a fear that proves, unfortunately, warranted). Making her situation more urgent and unnerving is a physically and emotionally abusive husband.

It’s during this period of extreme stress, grief, and violence that the film’s soon-to-be-iconic villain, Gabriel, emerges. A ghastly fiend whose motives remain murky until the final act of Malignant, Gabriel is connected to Madison in a way that only gradually becomes apparent. The reveal of who (and what) Gabriel really isn’t impossible for savvy horror fans to decipher. Nonetheless, Malignant presents a satisfying mystery that culminates in a series of action sequences rivaling anything we’ve seen in The Matrix franchise.

The film has been marketed as Wan’s take on the Giallo subgenre of horror. Giallo is a category of filmmaking synonymous with Italian auteurs like Dario Argento and Mario Bava who pioneered the subgenre in the 1970s and ’80s. Common threads that bind Giallo offerings include bright color pallets, intense and deliberate scoring, and nightmare logic. Many Giallo movies feature a hard-boiled procedural at their core. And while it’s easy to see where Wan took his cues, Malignant didn’t feel quintessentially Giallo to me, personally. Rather, Malignant delivers a focused and entertaining romp that’s more grounded in “reality” than it first reveals.

Part of what makes Malignant marvelous is its outstanding cast of characters. While Wallis does the heavy lifting in terms of creating an emotional connection with the audience, the film is bolstered exponentially by a standout performance from George Young who plays Detective Kekoa Shaw (there’s a Dead Silence Easter Egg for you hardcore Wan fans!). Young is fantastic as a cop whose intelligence is challenged by a terrifyingly unique adversary. There are also restrained hints of romance between Shaw and Madison’s sister, Sydney Lake (played by Maddie Hasson). No one feels fake or two-dimensional; everyone brings something special to the screen. Even the mysterious “Jane Doe” (played by Jean Louisa Kelly) proves more integral than first expected. I’d be remiss if I didn’t also give Michole Briana White a shout-out; she’s awesome as Shaw’s extremely skeptical partner, Detective Regina Moss.

What else can I say about Gabriel? Besides the fact that the villain works as a metaphor for domestic violence, not a damn thing. But believe me, the less you know about Gabriel going in, the happier you’ll be at the end of Malignant. You’ll be tempted to spoil the twist (believe me, I’ve been tempted to give hints myself), but don’t do it! There will be plenty of time to explore Gabriel in countless retrospectives when the time is right!

Malignant is spectacular, nuanced, intelligent, compelling, and scary as hell. It’s also hugely entertaining from its kick-ass intro to its violent conclusion. Malignant is the kind of film you can’t stop thinking about, and I’m already excited to give the film a second (and third) spin. While absolutely harrowing throughout and not always easy to watch, this is a film horror fans dream of and hope for. Malignant made this old entertainment journalist feel young again.

While there are still a handful of hotly-anticipated genre offerings coming down the pike in 2021, Malignant currently hold my personal top spot for the best horror movie of the year.