See the exclusive trailer debut of ESCAPE FROM AREA 51 now! Only on Dread Central! 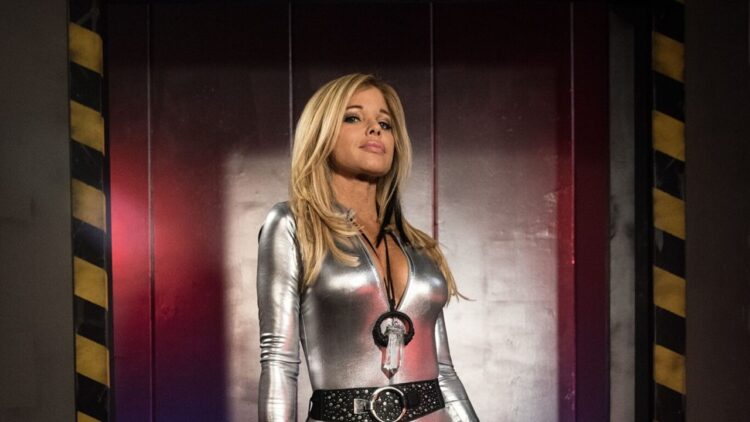 Cleopatra Entertainment has acquired the rights to the science fiction comedy Escape From Area 51, which debuts later this summer and Dread Central has the privilege of debuting the exclusive trailer!

Also Read: Exclusive Clip from THE STAIRS In Advance of Our Free Hollywood Screening August 10th!

Escape From Area 51 looks to be a lighthearted comic sci-fi romp in the spirit of Flash Gordon or Barbarella.

The rights deal was brokered by Founder/CEO Brian Perera and VP/GM Tim Yasui of Cleopatra Entertainment as well as Ted Chalmers of TomCat Films.

From the press release, “I have always been fascinated by the Sci-fi genre and Escape From Area 51 explores the possibility of an alien escaping from the top secret Nevada facility during an attempted raid by teen conspiracists.,” said Producer/Girls And Corpses Founder Robert Rhine. “We were very lucky to get actress Donna D’Errico (Baywatch) on board as our lead alien along with Frankie Sixx (D’Errico’s daughter with famed Motley Crue rocker Nikki Sixx) in her first movie role. Fans will have a blast watching this fun sci-fi flick.”

“My goal with Escape From Area 51 was to create a fun and different Sci-fi comedy,” said Director Eric Mittleman. “When they let me cast my longtime friend Donna D’Errico that sealed the deal, because she’s fun and I’m different.”

Escape From Area 51 will be released on VOD platforms on August 31st as well as a DVD and Blu-Ray package later this year.