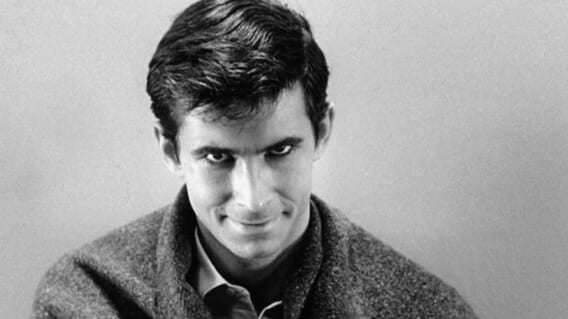 There are a handful of massively successful horror franchises that everyone seems to know and love. But for every series like Friday the 13th, A Nightmare on Elm Street, or Evil Dead, there are several franchises that fly under the radar. Some series are too niche for widespread appreciation and others lack the polish of blockbuster franchises with larger marketing budgets. Whatever the reason may be, some series don’t get the love they deserve. And as such, I am looking back on five underrated horror franchises that deserve more love than they get.

I am such a diehard fan of Phantasm. The first four films have endless replay value. Even the series’ least effective installment, RaVager, isn’t without merit if one can look past the picture’s shortcomings. However, the Phantasm series doesn’t command the same level of mainstream adoration many of its contemporaries receive and that’s a shame. The series follows the exploits of a demented undertaker (from another dimension) that shrinks the dead to use them as slave labor in another plane of existence. With a storyline like that I suspect Phantasm may be a bit too ‘outside the box’ for some moviegoers. But any uninducted film lover with an appreciation for the fantastical should certainly make haste to seek out this underrated series, featuring mind-bending tales of parallel realities.

Not every installment in the Night of the Demons franchise is created equally. The first film is, by far, the best of the bunch. It features a surreal narrative that follows a possessed party hostess as she unleashes her homicidal proclivities on her unwitting guests. With that said, the original is not the only noteworthy outing in the canon. Night of the Demons 2 is a great deal of fun. The sophomore effort sees Amelia Kinkade reprising her role as possessed party hostess Angela and captures a similar tone and energy to its predecessor. The third series installment is less impressive than the first two but it’s still worth a look. The 2009 remake, however, is the only franchise installment I’d actually call a dud.

Poltergeist is certainly not underrated. It’s one of the most beloved horror films of the ‘80s and an impeccable haunted house picture. However, the second installment, which is filled to the brim with jump scares, competent practical effects work, and a cast of characters carried over from the original is rather underrated in my assessment. The third film in the series marks a decline in quality. But it features impressive set design and at least a couple of good scares. While the 2015 remake is a far cry from the original, I do respect the fact that director Gil Kenan distanced his reimaging from the original and dared to tell a different story. With all things considered, I think the franchise deserves far more credit than it gets.

There is no doubt that Psycho (as a film) is iconic. But there are plenty of moviegoers that aren’t even aware of the existence of a Psycho franchise. What’s worse is that there are some rather solid sequels in the series canon. Psycho II takes a completely different approach from its predecessor. It follows a freshly released Norman, who sets out to turn his life around and leave his homicidal impulses behind. This sophomore outing is filled with twists and turns and serves as a tense and underrated offering. The series’ third installment (which was directed by franchise mainstay, Anthony Perkins) delivers dark comedy and a twisty narrative that sees Norman up to his old tricks and the ‘Mother’ character making a triumphant return.

As for the fourth installment, it was made-for-television and sees Norman recounting his formative years to a radio host. In spite of its status as the weakest of the four films, the fourth outing is still fairly entertaining. The 1998 remake is a bit perplexing and unnecessary, failing to differentiate itself from the source material. However, the series still has a pretty remarkable batting average. It deserves a lot of credit for trying a different approach with each of the first four films.

When I call the Final Destination series underrated, I don’t mean that it’s necessarily under-seen, obscure, or doesn’t have its fans. I mean that the Final Destination franchise is an epic ride that deserves to be celebrated with the same enthusiasm we reserve for beloved franchises born from the slasher boom. Final Destination features an innovative premise, masterful, tension-building, and epic sendoffs. Eschewing a killer in a mask in favor of an antagonist that never really appears in human form was a calculated risk. But it paid off in a big way. All five films in the franchise are watchable and four of them are quite good. The fourth is a bit underwhelming but I still find merit in it. All in all, that’s a pretty impressive track record and suggests that Final Destination deserves more credit than it gets.