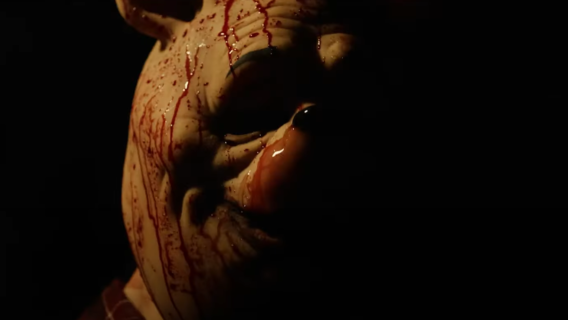 With the forthcoming theatrical release of Winnie the Pooh: Blood and Honey, horror fans are no doubt scouring the pits of the public domain, curious as to what childhood icon is poised to be dredged up and slathered in blood. In truth, it’s not an innately terrible idea. Especially in an era where more and more adolescent tentpoles are aging out of their copyrights. After all, Pooh’s Rhys Frake-Waterfield already has a horror interpretation of Peter Pan, aptly titled Peter Pan: Neverland Nightmare, in the works. Here, we’ll be looking at some other childhood icons who just might be eligible for the horror treatment. Big budget, small budget, or anything in-between, which of these icons would you be most excited to see gorily adapted for your sacrilegious viewing pleasure?

The internet went into a frenzy with the announcement that, come 2024, Disney’s original iteration of the now iconic Mickey Mouse will be entering the public domain. While the legalities are considerably more complicated than it being open season on the scrabbly little mouse, with the copyright expiring, there stands a chance for filmmakers to go full-borne horror with Steamboat Willie. Prospective filmmakers will be constrained by an enduring trademark—parameters whereby any adaptation must appear distinctly non-Disney—though the character himself will be available.

While it’s not the Mickey modern audiences know well, Willie’s naughty streak and rudimentary features are a gold mine for the inevitably viral “Mickey becomes a serial killer” adaptation. Unlike the original short, let’s just hope modern filmmakers keep the animal cruelty out this time.

Antoine de Saint-Exupéry’s The Little Prince is one of the most sensational children’s books around. While its public domain status differs from country to country—largely on account of distinct copyright protections afforded during and after World War II—in some areas, the titular prince is already available to use freely. Canadian filmmakers, for instance, have had access to the Prince since 2015. Imagine a big-budget space opera in the vein of Alien. The prince travelling about, combatting intergalactic species on several different planets. Is The Little Prince the new Ellen Ripley? We’ll have to wait and see.

The Mean One already tried. It didn’t work.

There have already been several gritty adaptations of Lewis Carroll’s Alice’s Adventures in Wonderland. While audiences might still associate the childhood icon most with Disney’s 1951 animated adaptation, the horror genre has spent plenty of time making use of it, either directly or indirectly (even Tim Burton’s 2010 live-action adaptation was sufficiently scary at times, sometimes intentionally, sometimes not). Jan Švankmajer’s Alice might be one of the best, though imagine a big-budget, feature-length adaptation of American McGee’s Alice. It was the envy of every millennial in the early aughts.

Its sensational box art taunted kids at Funkoland and Staples. Kids begged their parents, arguing to no avail that, despite the M-rating, it’s fine—it’s Alice in Wonderland! While there has been plenty of news—including a 2015 announcement that Sarah Michelle Gellar was attached to star—the title remains in limbo. The best bet is a 2022 announcement that David Hayter of X-Men and Watchmen scripting fame was attached to a television adaptation. I’ll believe it when I see it, though there’s no doubt I want it. I want it bad.

Everyone loves Peter Rabbit. While Watership Down might be the perennial scary bunny favorite, there’s plenty of promise in a Zombeavers-esque adaptation of everyone’s favorite furry childhood icon. The mischievous rabbit with his signature blue jacket could easily stumble upon a field of infected carrots, contracting some kind of virus or fungi. Resultantly, he might become a crazed, flesh-eating monster, tearing through the gardens, eating kids and governess alike. Like The Last of Us, only with rabbits instead of people. Trust me. It could work.

Beauty and the Beast

Like Alice’s Adventures in Wonderland, Jeanne-Marie Leprince de Beaumont’s La Belle et la Bête has been adapted several times. There’s Jean Cocteau’s 1946 adaptation. There’s Walerian Borowczyk’s French masterpiece La Bête from 1975. More recently, there’s the 2011 Vanessa Hudgens pic Beastly (which my sister took me to see), and the sensational Beast with Jessie Buckley from 2017. While there’s no shortage of interpretations, fertile ground remains in a much more straightforward adaptation of Disney’s own release in 1991. Like Stage Fright or Little Shop of Horrors, imagine a horror-tinged musical, one with crushing songs, bombastic effects, and some encompassing beastly carnage. It’s not liable to ever happen, though, but a boy can dream. It’s one childhood icon innately scary enough to work.

Which of these adaptations of childhood icons would you most like to see get the horror treatment? Or, conversely, would you rather filmmakers avoid the public domain altogether, developing original projects not tethered to existing IPs? Let us know on Twitter at DreadCentral!