‘From Dusk till Dawn’ is The Perfect Action-Horror Mashup 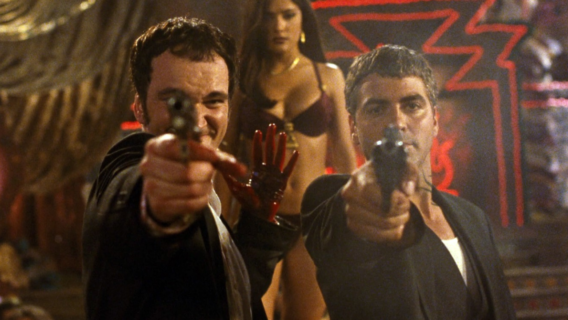 It’s hard to believe it’s been 23 years since From Dusk till Dawn made its theatrical debut. But it’s true. The flick celebrated its release date anniversary January 19. In the time since the film bowed before moviegoers, it has become a cult classic and a genre cinema staple. From Dusk till Dawn exists as both a great action-heist picture and an enjoyable horror movie. And by my calculation, that’s no small accomplishment. Tonal shifts are tricky and can easily derail a picture. But not in the capable hands of Robert Rodriguez (who is working with a script from Quentin Tarantino). What’s more, Rodriguez further melds genres by adding a bit of dark comedy to the equation. Well played, sir.

From Dusk till Dawn catches up with the Gecko brothers: Seth (George Clooney) and Richie (Quentin Tarantino). Following a bank robbery, the siblings stop off at a fleabag motel, where they take a family of three hostage in the hopes of blending in while making their way across the Mexican border. Their plan succeeds in getting them out of the country. But when Richie and Seth show up at the bar they’ve chosen as a rendezvous point, they are faced with a decidedly different obstacle: The majority of the employees and patrons of the establishment are vampires. And anyone with a beating heart is there to serve as a snack. Oops.

The film starts out as a gritty action-heist picture and manages to be supremely entertaining as exactly that. While the horror doesn’t present itself until the third act, the flick moves at breakneck pace from start to finish. We see the characters go from the frying pan to the fire. Just as Seth and Richie manage to put some distance between themselves and the authorities, they wind up in even worse danger than they were in with the law in hot pursuit.

The tonal shift works as a clever subversion of expectations and it’s handled remarkably well. The pivot from heist film to horror movie could easily have felt disjointed and clunky but it doesn’t. Rodriguez maintains the intensity he has established from the get-go throughout the picture and it’s only the threat at hand that changes at the one-hour mark.

Because the story that unfolds is harrowing throughout, the shift from two brothers on the run from the law to two brothers fighting for their survival against a clan of vampires doesn’t feel nearly as disruptive as it may otherwise have. And I have to assume that was very much by the director’s design.

Though the horror elements present later on, the third act delivers as much carnage as a more conventional vampire flick might offer up over the course of its entire runtime. The visceral elements are epic and serve to remind of the genre output of the ‘80s when practical gore was the standard (and perhaps that’s why Rodriguez has the legendary Tom Savini on hand to play a particularly memorable character). In one unforgettable sequence, we see a functioning guitar made entirely of human parts fused together. As bizarre as that may sound to anyone that hasn’t seen the film, it’s pretty fitting to the off-color tone and dark humor that is peppered in throughout.

Speaking of the flick’s darkly comedic elements, much of the trouble Richie and Seth find themselves in results from Richie’s neuroses and the results are both hilarious and useseful for adding to the chaotic tension. Richie’s inability to play it cool leads to a number of comical mishaps where people wind up needlessly dead. Moreover, each time he fucks up, it ratchets up the intensity, providing short-lived comic relief, followed by an adrenaline rush as the brothers attempt to evade capture.

The opening (which plays out in a convenience store) is a great example of Richie derailing best laid plans. He convinces himself the store clerk is about to give away their position and that serves to further complicate an already volatile situation. But each new obstacle they traverse is played with tongue planted in cheek, giving the film a unique blend of action, horror, and dark comedy.

All in, From Dusk till Dawn is Robert Rodriguez at his best. It’s a film that showcases his dark sense of humor, love for all things macabre, and keen understanding of how to make an action flick. Rather than feeling like two unrelated films spliced together, From Dusk till Dawn feels like one cohesive narrative that evolves over the course of its runtime. And that is a testament to its talented creator.

Whether you’ve somehow overlooked this gritty horror-crime movie hybrid or are merely due for a rewatch, you are in luck. The flick is currently streaming on HBO Max. Hooray! 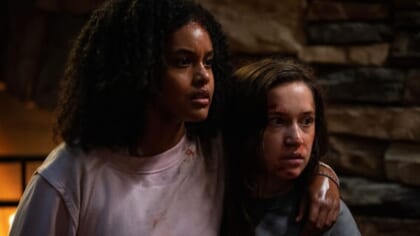