‘The Ruins’ Will Get Under Your Skin [The Overlook Motel] 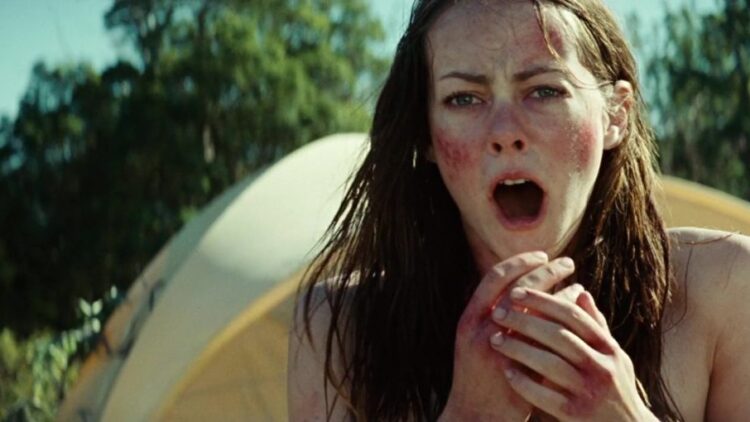 On the latest installment of The Overlook Motel, I am pleased to be singing the praises of The Ruins. This flick was released during a short-lived wave of features that saw American tourists running into trouble while vacationing internationally. Think Turistas or Hostel but with more depth and better characters.

Related Post: ‘The Ruins’: In the Face of Nature, There is No Preparation

The Ruins (which is based on the novel of the same name by Scott Smith, who also adapted his tome for the screen) serves up a unique premise. It pits a group of American tourists visiting a historical landmark against sentient and malevolent plants. And it’s probably that very setup that has put some people off from checking out this under-appreciated flick. On paper, the premise sounds ridiculous. But the fact of the matter is that the concept is smartly executed. Plus the sentient shrubbery becomes quite menacing, creating a constant sense of unease.

In addition to carefully crafting an ever-present sense of apprehension, The Ruins also (wisely) maintains a sense of mystery surrounding the picture’s central antagonist. Yes, I mean the plants. And that is a wise choice. It’s a tall order to make greenery ominous. If the film were to reveal too much about the evil at play, that could easily lessen the intensity and take the audience out of the experience.

Instead of wasting precious time on unnecessary exposition, director Carter Smith keeps the focus on the strain that the sneaky greenery manages to place on the interpersonal relationships between the central characters. And that proves to be quite effective. As seeds of distrust and resentment are sown, the tension between the leads reaches almost unbearable levels. As the friends transition from easygoing tourists to scared and suspicious victims, the tension and paranoia continue to mount, adding to an already harrowing viewing experience.

Also Read: Return of the Living Dead III is a Punk Rock Zombie Love Story for the Ages [The Overlook Motel]

Speaking of the leads, the core cast members are surprisingly palatable for this type of film. They don’t spend the entire picture acting like obnoxious outsiders, pissing on local culture. The group is dynamic and easier to relate to than one might expect going into the film. They don’t always make the right choices. But there wouldn’t be much to work with (from a narrative standpoint) if they did. And with that said, the key players don’t spend the entire film eschewing common sense in favor of emotionally charged stupidity. In fact, Jeff (Jonathan Tucker) is a medical student who gets to flex his knowledge and even gains some field experience along the way.

The film performed moderately well at the box office in 2008. It brought in a worldwide gross of just under $23 million. However, the critical response was lukewarm. It seems to be forgotten by all but a small group of devoted fans. And that’s a shame, seeing as how The Ruins is a slick picture. Itdelivers high levels of suspense and manages to make plant life scary, which is no small feat. If you haven’t yet seen The Ruins, you can catch it on HBO Max, as of the publication of this post.

If you’re keen to chat more about this often-overlooked feature, hit me up on Twitter @FunWithHorror!