This J. Lee Thompson directed slasher takes many of its cues from the violent Italian murder mysteries of the ‘60s and ‘70s. 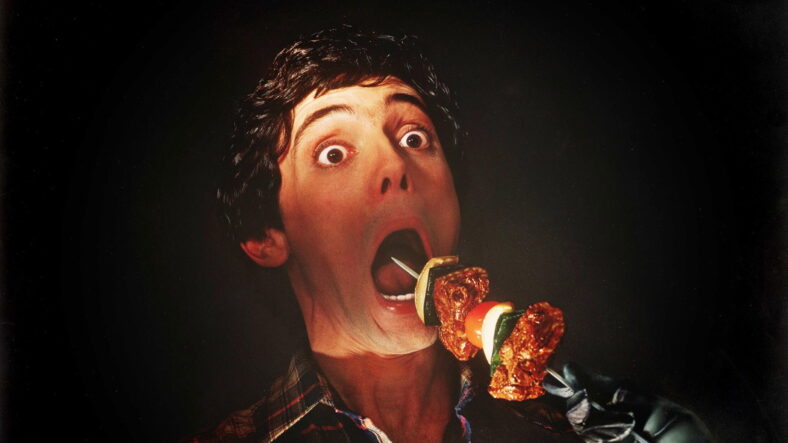 This article contains spoilers for Happy Birthday to Me. So, if you haven’t yet seen the film, bookmark this post and come back to it after your inaugural viewing.

Many horror fans already know that the slasher genre was influenced by the giallo boom of the ’60s and ‘70s. But some enthusiasts will be surprised to learn that the genre served as more than just a jumping-off point for a handful of films. Among the most obvious examples of North American slashers that adhered to the giallo template is Happy Birthday to Me. This flick serves up a massive body count, a colorful cast of characters, an incoherent storyline, and a shocking revelation at the eleventh hour.

What is a giallo? Well, it’s not always easily defined in a single paragraph. But for today’s purposes, let’s say ‘giallo’ refers to a murder mystery (normally of Italian origin) with violent deaths, ample red herrings, a style over substance approach to storytelling, and a killer masquerading as one of the core cast members. The word giallo is Italian for ‘yellow’ and refers to the pulp mystery novels that often featured yellow covers.

The Crawford Academy is an uppity private school catering to the upper echelon. Only the most elite amongst the students are invited to join the ranks of the ‘Top Ten’. So, Virginia (Melissa Sue Anderson) is honored when she is inducted. But it seems as though someone has an ax to grind with the clique. Members of Crawford Academy’s Top Ten begin to turn up dead. As the body count rises, suspicion points every which way. Who is responsible for these heinous acts of violence? And who will live to talk about it?

So, let’s take a closer look at Happy Birthday to Me and dive into what makes it is a giallo disguised as a slasher. The most obvious giallo influence may be the killer that wears black gloves. We even see several of the onscreen deaths unfolding through the perspective of the antagonist. But we don’t get a look at the killer’s true identity until the big reveal near the end of the third act.

Related: ALL THE COLORS OF GIALLO Blu-ray Review – Black Gloves and Red Herrings Not Included

Speaking of the film’s big reveal, it is every bit as outrageous as one might expect from a giallo. In fact, we learn that (similar to giallo/krimi hybrid Double Face) the killer has altered their speech patterns, gait, and physical appearance (with the help of a latex mask) to masquerade as lead character Virginia.

Further keeping with the tenants of giallo filmmaking, we eventually learn that the killer’s motivation is at least partially related to matters of a sexual nature. Lead character Virginia’s mother previously had an affair with the killer’s father. And while the film doesn’t lean quite as heavily into psycho-sexual dysfunction the way many gialli did, the inciting event is an act of infidelity that resulted in a downward spiral, leading to madness.

In the grand giallo tradition, we see several red herrings with no purpose other than to throw the audience off course and cast suspicion on innocent characters. One such example is the dean of Crawford Academy who has her own selfish motivations for not reporting the suspicious goings on to the police. She’s not the killer. But the viewer is given ample reason to think she may have something to hide. Suspicion is also cast on Alfred, one of Virginia’s classmates who harbors unrequited feelings for the protagonist. A number of characters are presented as having motive and opportunity. But viewers are still likely to be surprised when the killer’s actual identity is unveiled.

Related: The Sting of Heavy Metal in Dario Argento’s ‘Phenomena’

Virginia is even suggested as being the killer at one point. She frequently blacks out and comes to with no recollection of what happened, wondering if she may have committed murder. While she isn’t the actual killer, she plays a major role in the real killer’s psychosis.

The film is over-the-top in nearly every way. The screenplay (which saw several different writers) never really concerns itself with making a great deal of sense or staying within the parameters of basic logic. Some of the lack of cohesion may be the result of too many cooks in the kitchen. But whatever the reason, the discombobulated narrative only serves to further the notion that this film was heavily influenced by the Italian murder mysteries of the ’60s and ‘70s.

Happy Birthday to Me is a fun slasher that revels in the ridiculous. And it may even serve as a logical entry point to the giallo for the uninducted; it’s much more accessible than a lot of gialli.

If you’re a fan of Happy Birthday to Me but haven’t yet picked up on its giallo influences, I would encourage you to give it another look with a fresh perspective. You may just be surprised to learn that it rivals films like Dressed to Kill and Alice, Sweet Alice in its adherence to the giallo filmmaking template. You can check the flick out for free (with ads) on Crackle, as of the publication of this post.