The Sting of Heavy Metal in Dario Argento’s ‘Phenomena’

What rocks harder than the use of Iron Maiden's "Flash of the Blade" in 'Phenomena'? Not much. 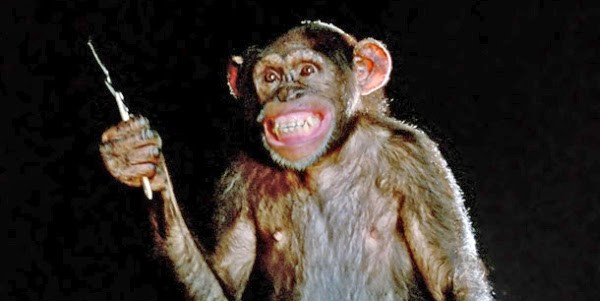 Welcome to Spins And Needles, a monthly column where R.C. Jara digs into a famous needle drop from the world of horror. For their first installment, they dig into the use of Iron Maiden’s “Flash of the Blade” in Dario Argento’s bug-filled Phenomena.

It has been over five decades since the self-titled opener on Black Sabbath’s first studio record posed the eternal question: “what is this that stands before me?” The apparition on the cover of the LP is unsettling and impenetrable. Coupled with Ozzy Osbourne’s horrified vocal delivery, the song casts doubt on whether the protagonist has the power to confront a remorseless, ambiguous evil. This conflict is at the center of metal’s most formative records. As well, it serves as thematic feedback to the musical genre’s cinematic influences.

How Metal Became One With Horror

Since its birth, metal has been intertwined with horror. In Europe, the audacious visions of Mario Bava were a major ticket. It’s his 1968 anthology film that gave Black Sabbath their name and helped to usher in a heavier, new style of rock ‘n’ roll. In 1970, metal was only coalescing from its gaseous state. The music was foreboding and rough during this period, easily detectable in bands like Deep Purple and Alice Cooper. But the genre was not quite the formidable ecosystem of styles that it is today.

Horror, meanwhile, had seen early incarnations of subgenres from slashers to body horror (and everything in between) for the better part of a century. At this curious junction, the psyche of horror viewers was just as impressionable as the music fiends who were just beginning to shed the trappings of baroque pop. The rise of heavy metal, as with that decade’s seminal independent horror films the world over, is informed by the angst of the times. When influential rock journalist Lester Bangs wrote about this new style he incisively placed it as loud, nihilistic music written for the downtrodden.

Heavy metal was felt viscerally by sections of the working class for whom the imprint of their industrial communities left a psychological mark and, as with the taboo-breaking innovations of Bava and Hammer, the genre bore spawn. The second wave of metal is typically characterized by bands who favored the bluesy roots of the genre as well as experimentation within the realm of progressive rock. But by the end of the decade, horror and metal crossed the path of a new extreme again.

NWOBHM, the New Wave of British Heavy Metal (or, nuh-wah-bum if ya nasty) was the first movement of heavy metal that belligerently wore its gutter aesthetics. From progenitors like Venom and Satan to more visible acts like Iron Maiden, the music often gave blood to ghoulish fantasies. For its distinct ability to connect vulgarity with ambitious technique, these bands pair easily with the Giallo film. Arguably the genre’s best known, the work of Dario Argento driven by the ferocity of Goblin may as well be visual representations of what NWOBHM achieves with its sound.

Among the composer/director hot-streak lies Phenomena. It is a film so heavy metal that every blade in the film gives off a sheen worthy of being airbrushed on the side of a Chevy. Its poster art, depicting mystical iconography rendered by prolific illustrator Enzo Sciotti, could easily rock with the greatest NWOBHM album covers. But it is the film’s usage of Iron Maiden’s “Flash of the Blade,” on a soundtrack that includes fellow scene mates, that is the most inspired. Maiden lends the film a heroic theme that occasionally pulls its narrative from the clutches of abject terror. Benefiting from the director’s own morbid fairytale sensibilities, the film transposes Sabbath’s universal challenge onto the film’s protagonist, Jennifer Corvino (Jennifer Connelly), and gives her a sense of purpose beyond despair.

Phenomena kicks off in a lyrical fashion. An ominous wind blows from the Swedish alps–one that we are warned later has the power to incur madness. The camera soars upwards and over the dense forest, establishing the haunted path Jennifer must take later on. A teenage girl (Fiore Argento) misses her school bus and unknowingly walks into the woods to find a lone house. The thick air of dread around the property is abundant. She suddenly meets her doom in the form of a monster seen breaking from his chains just out of frame before lunging at her with a pair of scissors. The girl is chased back outside where she is decapitated at the site of a waterfall.

Months later, Professor John McGregor (Donald Pleasance) studies her decayed head and introduces us to the cadaver science that will inform part of the film’s mystery. The rest of the body has not been found. There is something after the students at the Richard Wagner School for Girls and it’s taking their remains.

By the time Phenomena came out in 1985, Iron Maiden utilized their dueling guitar and galloping rhythm section in service of vibrant concept albums. Their latest, from which the song was taken, was Powerslave. “Flash of the Blade” contains lyrics telling of a man whose years of training prepare him for a gargantuan challenge. “As a young boy chasing dragons/ With your wooden sword so mighty/ You’re Saint George or you’re David and you always killed the beast,” snarls frontman Bruce Dickinson. The protagonist is immortalized for his courage. But, he is nonetheless observed as a flesh-and-blood figure who had lived and died by the sword.

Like others before it, this song fuses mythical storytelling with a savage playing style. Courage in the face of evil is certainly a reflection of the machismo inherent to nearly all NWOBHM tracks. Yet, Phenomena makes a formidable protagonist out of a weird bug girl who eats baby food. Jennifer, like Susie Bannion in Suspiria almost a decade prior, matriculates in the wake of a disappearance tethered to her school’s oppressive atmosphere. And each time the song plays in the film, it is representative of the growth she experiences on her journey.

The first needle drops as Jennifer suffers lucid nightmares that manifest in sleepwalking and push her on the killer’s trail. The comfortable lifestyle of a famous actor’s daughter replaces the scrappy background of the song’s archetypal hero. Jennifer’s struggle doesn’t stop at the vanquishing of Phenomena’s monster, however. Her discovery of a telepathic connection to various insects, particularly a lone sarcophagus fly, aids her in discovering pieces of clothing and other clues pointing to where the rotting corpses may be hidden. This gift is as much a saving grace as it is damning.

Phenomena belongs to a handful of coming-of-age genre narratives centering on girls with supernatural abilities that were a bastion of creativity in the ‘70s and ‘80s. Many of the protagonists in them perish and become the stuff of legend. Most notably, Carrie’s titular gawky loner whose violent rejection of Christian fundamentalist ideology through telekinetic powers anchors a story that has resonated for generations.

On a more openly demonic spectrum is Alucarda from the Juan López Moctezuma film of the same name. Alucarda centers on an orphan raised in a Mexican convent, where she spitefully invites the chaos of her destiny into the lives of everyone around her. In horror, characters like these have acquired their own legendary status and defy a binary code of pure good and evil. Jennifer’s interior is equally complex. She is framed as saintly as possible. At one point she even refuses to kill a bee that rattles Daria Nicolodi’s Frau Brückner (perhaps a little too convincingly). Argento even makes the deliberate choice to position Jennifer against the authority figures in a school named after a composer wholly embraced by Nazis, recalling the structural fascism inherent to the Tanz Dance Academy in Suspiria.

None of the above makes Jennifer’s fight any easier. Lacking the reign of terror from a vicious killer, the outside world is rife with danger. The threat of being committed looms over Jennifer shortly after receiving an EEG. Swedish authorities begin to question her involvement in recent disappearances, including that of her roommate. Jennifer loses trust in her guardians and becomes the school’s pariah for asserting faith in her abilities, the daunting nature of the story creeps slowly inwards.

Her abilities ostracize her from her peer group. They swarm Jennifer, creating an ambient drone not dissimilar to the flies she conjures in self-defense. This act earns her a comparison to Beelzebub–the lord of the flies–by the school’s headmistress. The only adult with whom she has a strong connection, Dr. McGregor, is brutally killed. And Frau, her caretaker, switches gears from indifferent to straight-up murderous as the film’s mystery draws to a close.

Only by the director’s own sense of compassion do we get a full understanding of Jennifer as a person. She is pulled apart from every conceivable angle by adults who refuse to understand her. The only beings she can truly confide in share her admiration of the “multifarious mystery of the human soul” or are guides to the other side that many people would only think to swat away.

When pushed to her limit with neither to fall back on, Maiden returns to shed new light on her situation. The second instance of “Flash of the Blade” completes the narrative of the song. Jennifer’s survival skills kick in during an intense scene where she has to reach for a phone after being locked in the bathroom by Frau. The song ends before she can get any closure. She finds the discarded remains of her schoolmates but ends up in the pit herself.

Per the lyrics of “Flash of the Blade,” death is not failure. It is merely the result of devotion to a craft that continually puts one’s life in danger. We are told in the chorus that what keeps the protagonist determined is his honor. This is a quality that Jennifer embodies in her final showdown with the monster on the dock. The challenge is always in confronting mortality in realistic terms.

Phenomena is a film that breathes the stench of death on its audience and protagonist, while providing insight into what the dead can teach us. Through the eyes of a teenage girl, the world is simultaneously idealistic and horrible. Her promise to the missing girls is spiritual in nature and much of this attitude offsets the defeatism of running up against near-certain doom. This is indicative of everything metal and horror offer as genres that cater to outsiders. And if that doesn’t sound rad there’s a scalpel-wielding monkey sidekick named Inga I want you to meet.