The Overlook Motel: ‘Severance’ is a Full of Wry Wit and Arterial Spray

Christopher Smith’s deft blend of horror and comedy is a winning combination. 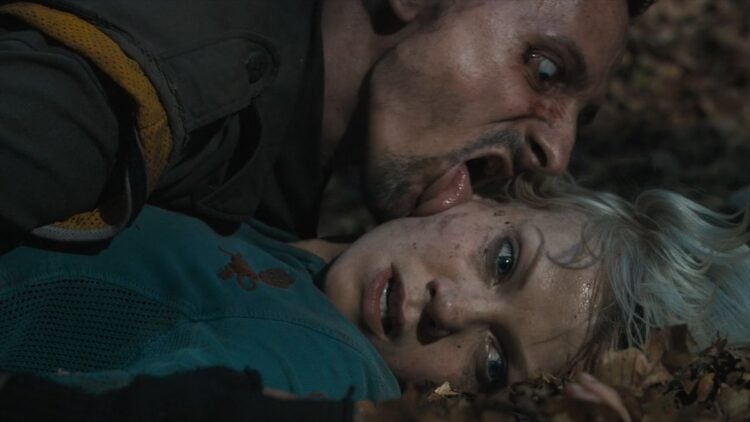 On this edition of The Overlook Motel, we will be looking back at Christopher Smith’s Severance.

Christopher Smith (Creep) has made several noteworthy horror films but the director rarely seems to get credit for that distinction. In the hope of remedying that oversight, I’d like to draw your attention to one of my favorites from the British creator’s filmography.

Severance follows the employees of an arms manufacturing company as they step out on holiday for a team-building retreat. What starts as a weekend filled with nature activities and icebreaker games turns into a full-fledged battle for survival when the employees mistakenly end up at the wrong cabin in the woods.

Severance brilliantly captures the soul-sucking reality of working for a ruthless corporation and does so with plenty of wry, British wit. It’s like Office Space with more murder. Christopher Smith and his co-writer James Moran have scripted characters that are likely to be all too familiar to anyone who has worked in a corporate setting.

In addition to serving up a hefty helping of dry humor, the film also boasts great performances from its leads. Laura Harris (of The Faculty and television’s Dead Like Me) is excellent as final girl Maggie. Maggie is layered and intriguing. As the film progresses, the audience gets to see her kick some serious ass. Maggie transforms from demure and soft-spoken to comfortable with an automatic weapon in hand in record time.

Related: The Overlook Motel: ‘High Lane’ is an Under-Seen Diamond in the Rough

Danny Dyer (Doghouse) is also quite engaging as Steve, a slacker with designs on getting through the team-building retreat by self-medicating and laying low. While Steve never really grows into a proper hero, his arc is, nonetheless enjoyable to watch. Additionally, he is responsible for several of the best lines in the film.

The leads aren’t the only great characters in the flick. Severance also has a rich supporting cast. Andy Nyman (Kick Ass 2) is delightfully clueless as the sycophantic Gordon. Gordon finds himself the butt of numerous jokes but his enthusiasm is rarely ever dampened. Nyman plays Gordon as flustered but perpetually polite and the results are frequently hilarious. The scene where he takes an Ecstasy tablet and starts professing his love to Maggie is as uncomfortable as it is funny.

Another standout is Tim McInnerny (Game of Thrones) as team leader, Richard. Richard is tragically ineffective at his job and woefully overly confident. His character is a good-natured sendup of incompetent leadership. Particularly memorable is his pigheaded insistence that an inch on a map is always representative of a mile.

Performances aside, the film also boasts some outstanding practical effects work. The death scenes are bloody, messy, and often hilarious. I don’t want to spoil anything for you. But suffice to say, there are plenty of inventive and colorful sendoffs.

Severance received a stateside DVD release from Magnolia Pictures. In 2007. But, in spite of fairly positive critical reception, the flick remains widely underappreciated. This film has long been overlooked by fans of the horror genre and deserves more love than it gets.

The good news is that Severance is streaming on HBO Max as of the publication of this post. So, if you’re looking for a gore-filled comedy with clever humor, look no further than Severance.