‘The Prowler’ is an Under-Appreciated Slasher With Unparalleled Effects Work 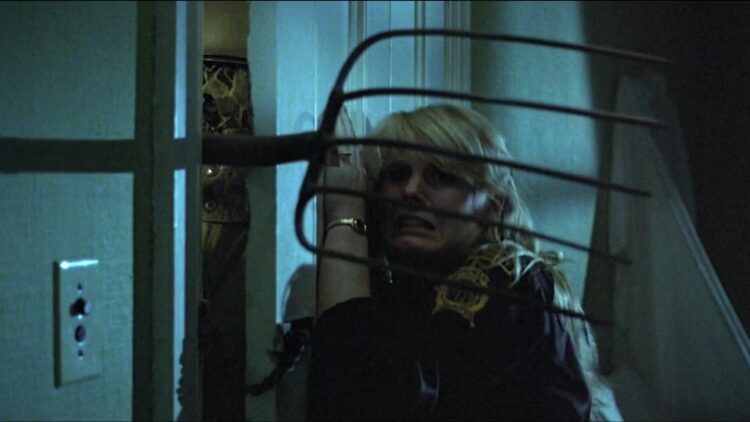 The Prowler came out during one of the most saturated years of the slasher boom. 1981 was a bountiful time for the horror enthusiast. So many great titles debuted in ’81 that something is bound to get lost in the shuffle. The Prowler received a very small theatrical release and took in less than $1 million at the domestic box office. And I cannot help but think that its lackluster theatrical exhibition kept the flick from reaching a wider audience, even after all these years.

With that in mind, I would like to make a case for why—40-years later—The Prowler should be regarded as a standout effort in the slasher genre as well as for featuring some of Tom Savini’s best work, to date.

The film follows a group of college students gearing up for their graduation ball. It’s the first to be held since 1945, when a dance floor massacre claimed the lives of several students. They think they’re in for a wild night of punch bowl-spiking and premarital sex. But that’s not all that’s in store for this graduating class: Someone opposed to to the reinstatement of the dance is picking off nubile coeds left and right!

Before I get to the point, please allow me an aside: I would hate to comment on The Prowler without pointing out the various similarities to fellow slasher My Bloody Valentine. I’ve often wondered how two films with such similar skeletal outlines managed to come out so close together. Both flicks see the reinstatement of a dance that was canceled, years prior, in observance of a tragedy. And both films see the reinstatement causing someone so much distress that it leads to a killing spree. Both were released in 1981 and likely went into production around the same time. So, while the aforementioned similarities are likely just coincidence, I’ve always found them a little uncanny.

Similarities to My Bloody Valentine aside, The Prowler is one of the more boundary-pushing products of its era. It is exceptionally gruesome and never skimps in its depiction of onscreen violence. The effects work is visceral and quite impressive.

Also See: Plunge the Knife Back In! 5 ’80s Slasher Films That Deserve a Remake

Another reason to love The Prowler is that it embraces the horror genre’s roots in giallo filmmaking.  It’s got murder mystery elements, a killer with black gloves, and the antagonist even wears a face-covering vaguely reminiscent of those depicted in Blood and Black Lace and The Case of the Bloody Iris.

In spite of being inspired by the giallo, the performances in The Prowler aren’t nearly as hammy as the overacting that was so often seen in the Italian murder mystery/horror hybrids of the ‘60s and ‘70s.

Speaking of performances, Vicky Dawson is enjoyable as Pam. She’s an underrated final girl. And it’s a shame Dawson hasn’t acted more in the years since. Pam is resourceful and holds her own against a killer that has quite a bit of height and weight on her by using her wits and outthinking the crazed perpetrator.

If everything I’ve mentioned thus far wasn’t enough to sell you, allow me to elaborate on some of the noteworthy kill sequences. The shower death scene stands out in my mind as one of the most gruesome and memorable from an early ‘80s slasher flick. And the exploding head is a testament to effects maestro Tom Savini’s prowess at his craft.

The pitchfork seems like it would be a little hokey as a signature weapon. But it works surprisingly well as the killer’s primary death implement in The Prowler. Watching the perpetrator dispatch teens with its sharp prongs works far better than I would have expected. The multiple points of flesh entry caused by the pitchfork tines lead up to a pretty gruesome depiction of the aftermath.

In addition to spectacular effects, the film also features some great fashion. It’s feathered hair and outrageous ball gowns as far as the eye can see. The Prowler is definitely steeped in its era. But that’s not a dig. I am a child of the ‘80s and my nostalgia for that timeframe has never wavered.

While The Prowler isn’t perfect, it’s a noteworthy effort from a bygone era that fuels my nostalgia quotient. If you enjoy a giallo-esque slasher with memorable effects work, make haste and check it out.