From Serial Killers to Time-Traveling Ghosts, ‘The Long Walk’ Is a Bone-Chilling Masterpiece [Review]

Do not miss this. 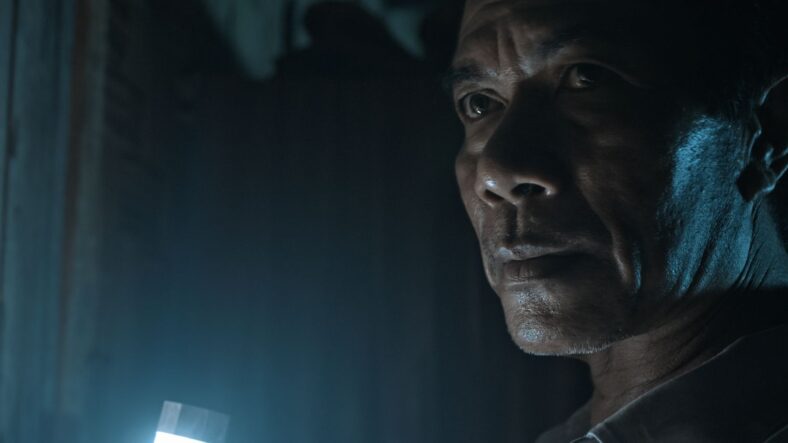 Filmmaker Mattie Do is Laos’ first woman to direct feature films, as well as the country’s only filmmaker working in genre. Her first two films, Chanthaly and Dearest Sister, put her name on the map for Western horror fans, showcasing her ability to manipulate genre expectations to create wholly unique films from the lens of a culture that is essentially absent from the horror space. Now, her latest film The Long Walk takes on not just horror, but science fiction as well in a heart-wrenching tale about living with grief and the ghosts that haunt us.

The Long Walk follows an old man (Yannawoutthi Chanthalungsy) who lives on the outskirts of a small village in Laos. He spends his days traversing the long dirt road in front of his house with the ghost of a woman (Noutnapha Soydara) he watched die when he was a boy. When he discovers her ability to bend time, he decides to use her powers to save his mother’s life. But, the more he tries to change things in the past, the more unstable things become in the present. Despite his good intentions, the old man’s desire to save his mother to prevent his own grief only leads to more pain. He begins to morph into something hardened, mean, and deranged.

The basic premise may sound familiar as it does reflect the typical time travel narrative arc. Yet, Do refuses to conform to the expected story beats. In playing with those expectations, Do creates a trail of breadcrumbs that lead you through a slow-burning heartache to a disturbing revelation that sucks the air out of your lungs. The science-fiction elements are subtle, from required chips that display our location and hold our money to loud super-fast jets zooming through the sky. It is sci-fi without the massive conflict or end-of-the-world stakes. This is more like “every day” sci-fi where new technologies merely provide a backdrop for a story about the experience of just being human.

Do creates a deeply personal and realistic look at the experience of grief through the lens of genre filmmaking. As the old man’s attempts to change the future have increasingly dire consequences, Do shows how selfish grief makes us. In the throes of grief, it’s hard to see outside of yourself and you would do anything to take away the pain. And yet, that selfish desire itself becomes harmful. The old man sees himself become increasingly more violent as the rage in his heart is directed towards others in more malicious ways. The Long Walk is an examination of the extremes of such selfishness and how it eats away at you.

Related: ‘The Long Walk’: A Young Boy Meets A Strange Time-Traveling Ghost In This Exclusive Clip

The Long Walk, directed by Do and written by her husband Christopher Larsen, is a deeply personal film inspired by the death of the dog Mango, as well as the death of Do’s mother. It is a glowing example of how genre elements can be utilized to process and interpret personal experiences.

Even more, Do is able to tell a story that we have seen in horror before through the lens of a Southeast Asian and the child of immigrants. This is a Lao interpretation of grief, survivor’s guilt, science fiction, and ghosts. And more than that it is a deeply disturbing tale told in a profoundly beautiful way. The Long Walk is an epic experience that, despite taking place in the same bit of land, spans decades of pain and rage. It’s a film that digs into your heart and chokes you with tears. It’s a masterpiece in genre filmmaking.

The Long Walk is an epic experience that, despite taking place in the same bit of land, spans decades of pain and rage. It’s a film that digs into your heart and chokes you with tears. It’s a masterpiece in genre filmmaking.