This mind-bending horror thriller will have you questioning the meaning of your existence. 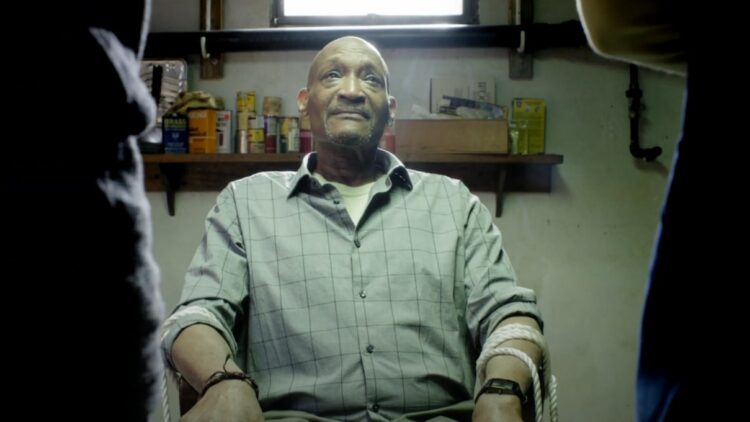 Tony Todd usually just makes cameo appearances in films these days. So it was refreshing to see him take on a more substantial role in The Changed, an Invasion of the Body Snatchers-style thriller from director Michael Mongillo. The Candyman actor stars as Bill, a good-natured suburban neighbor who suddenly starts acting very strangely. And Bill is not the only one. A mysterious virus is suddenly causing millions of people around the world to say they have been ‘changed’. They no longer have any earthly wants or desires; all they want is to help their fellow citizens to achieve this newfound state of bliss.

Bill’s new behaviors disturb his neighbors. After a brief struggle, they tie him up in their house while they try to decide what to do. Here we begin to see the unique personalities of the main characters shining through. Homeowner Mac (Jason Alan Smith) will do whatever it takes to protect his family. Kim (Clare Foley) just wants everything to return to normal. The abrasive Marc (Eric Bloomquist) is convinced that it is all an elaborate hoax.

With all the characters holed up in their home, tensions begin to rise and disagreements break out. Meanwhile, the restrained and changed Bill repeatedly offers to transmit his newfound enlightenment to each family members. He promises that he will be able to take away all their hardships with a single kiss. But as Mac then explains, our hardships are part of what makes us human.

The Changed mainly takes place inside Mac’s house, and as a result, it almost feels stagebound at times. However, Mongillo clearly has an eye for talent. The strong performances of the main cast will help viewers to overlook the fact that most of the film takes place in one location. Similarly, the screenplay never clearly picks a side for us to root for. Most of us will be wondering if the family should just allow Bill to change them or if they should stand their ground as they begin to realize that things will never be the same.

While it would be easy to view The Changed as a metaphor for the COVID-19 pandemic, Mongillo stated during the Q & A after the screening that this was absolutely not the case. He even cut out the lines that sounded like they could be referencing the situation.

Things gradually become more complicated for Mac and his family. We learn from news broadcasts that not only have the majority of the world’s population been ‘changed’, but those who refused to allow themselves to be kissed will soon be hunted down and rounded up so they can finally be assimilated. This leads to a thrilling Night of the Living Dead-style climax in which hoards of changed individuals surround Mac’s home, leading him to truly evaluate how far he will go in order to protect himself and those he cares about.

While the story was hardly original, The Changed still dares to ask the question of whether a life without any form of challenges or hardships is really any kind of life at all. By the time the end credits roll, most of us will be feeling a newfound appreciation of our own existences, and even for the obstacles and occasional dead ends we all inevitably face. When you combine that with the fact that the film also features one of Tony Todd’s longest onscreen performances over the last several years, it goes without saying that horror fans will definitely want to experience The Changed.

With a substantial performance from Tony Todd and a script which dares to ask tough questions, The Changed is a bold and intriguing horror film which fans should immediately place on their watch list.