Horror’s 6 Most Brutal Massacre Scenes, According to Reddit [Video] 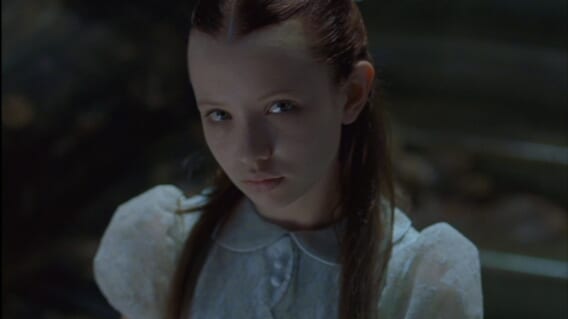 The horror genre has gifted cinema with some incredibly creative kill sequences over the years. A recent standout is the bread slicer death in Fear Street: 1994. But what about the scenes where a whole crew of unfortunate individuals are taken out? They’re rare, but occasionally a genre offering will showcase a massacre sequence so off the charts, that it goes down in history. Today Reddit has carnage on the brain as they vote on the best of the best when it comes to group massacre scenes in horror. And we’ve gone ahead and put their top six in order of upvotes.

This club scene was one hell of a teaser sequence for The Collection, the bonkers sequel to cult classic The Collector. Gives a whole new meaning to leaving it all on the dance floor.

Yet another club scene for your nerves, the original Blade film was never scared to spill a little bit of the red stuff. While the sequels would turn down the gore slightly, this first film was pure chaos.

Let the Right One In – Pool Scene

One of the most satisfying scenes on the round-up has got to be the pool sequence from Let the Right One In. The bullying in this story is heartbreaking, and seeing these rude kids get whats coming is a relief. Also, it looks cool as hell.

Lord am I grateful for Peter Jackson. This auteur has not only brought us modern cinematic marvels like The Lord of the Rings trilogy and The Lovely Bones, but he also has one hell of a splatterific early resume. The lawnmower massacre from Dead Alive is historic.

You can’t have a list of horror’s best massacres without giving credit to Ghost Ship. The third Dark Castle Entertainment outing has provided horror fans with one of the best opening sequences in horror movie history. While the rest of the film might not be quite as memorable, this opening is everything I love about outrageous 2000s horror. Check it out for yourself.

A recent massacre to go down in history is that brutal bus scene from Texas Chainsaw Massacre 2022. While this legacy entry was polarizing among fans, this scene is without a doubt one of the most memorable moments of violence in recent horror memory.