John Carpenter On New Projects and the Fate of Michael Myers: “I don’t believe it’s the end” 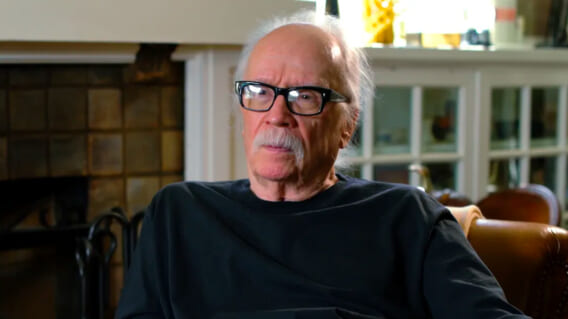 'In Search of Darkness Part II'

It’s always a good day when we get to hear from horror hero John Carpenter. It’s been a big year for the iconic creative, with the upcoming release of Halloween Ends and his recent contribution to the excellent Firestarter 2022 score. Now he’s teasing what lies ahead in a new interview with the Pittsburgh Post-Gazette. Carpenter shares his thoughts on the future of the Halloween franchise and teases the possibility of getting behind the camera again at some point down the line.

While the title suggests otherwise, Halloween Ends may not be the final resting place of Michael Myers. This would be no grande surprise, as the Haddonfield menace has a way of persistently resurfacing time and time again. Franchise creator John Carpenter has an inkling as to why that is. When asked if Halloween Ends is likely the swan song for the series, the creator didn’t mince words. “If the movie makes money, I don’t believe it’s the end,” he told the paper. “There’s a way of when a movie makes money, it seems to resurrect the next one.”

While details are sparse, the interview also indicated that future projects for Carpenter are “lined up and percolating” and “will involve him flexing his skills as a director, writer and composer.”

It’s been twelve long years since John Carpenter directed a feature film with The Ward. Could a new film project be in development? We’re excited to support any endeavour the creative cooks up. Earlier this year he worked on the score for the Blumhouse Firestarter reboot, and say what you will about the remake, the score itself was undeniably fire. He also provided music for Studio 666, the recently released Foo Fighters horror flick.

Next up for John Carpenter is the final chapter of the Blumhouse Michael Myers trilogy Halloween Ends. Just like with Halloween (2018), and Halloween Kills, Carpenter executive produces and contributes to its score. “I love working with David Gordon Green, he’s a great director,” he told the Pittsburgh Post-Gazette. “I love supporting him, and I love this new role. I love making music. What’s not to like?”