Here is Everything We Know About Tim Burton’s ‘Wednesday’ Series

The Netflix original is slated to premiere later this year. Here is everything we have learned about the project to date. 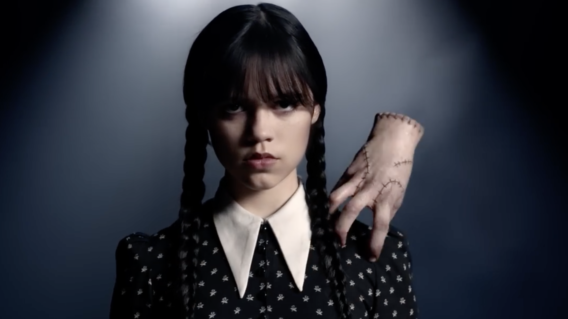 It’s a good time to be a horror fan. A new trio of sequels to The Exorcist are currently in development; the SyFy series, Chucky is coming back for a second season; and production on Scream 6 has begun. Not to mention, Netflix is gearing up for the release of an Addams Family spinoff series featuring fan favorite character, Wednesday Addams.

At this point, we know the first season of the spinoff series, Wednesday will consist of eight episodes. Additionally, we have learned that the series’ first season has moved into the post-production phase. What else do we know? Lots. Keep reading for the latest on casting, plot details, and everything else we know about Wednesday!

Wednesday is Slated for Premiere Later this Year

No official release date announcement has been made as of the publication of this post. However, Netflix has put out marketing collateral teasing that the show will bow during the fall of 2022. If I were a betting man, I’d put my money on an October premiere. It certainly seems like a logical move for a macabre property like The Addams Family.

It’s always tricky to see a beloved character recast. But Christina Ricci has aged out of playing a teenage Wednesday. So, recasting is an inevitability. Luckily, Jenna Ortega has been involved with several noteworthy horror efforts. The actress has previously featured in Scream (2022), X, The Babysitter: Killer Queen, and Studio 666. So, at the very least, we know the Wednesday character is being brought to life by a talented performer with plenty of experience working on genre projects.

Christina Ricci Will Return in a Mystery Role

While we do not yet know whom she will play, we are aware that Christina Ricci will take on a meaty role in Wednesday. We do know that Ricci will not be playing any variation or version of the Wednesday character. Regardless of which part she plays, it’s nice to know she will be involved. Ricci is the face of the character for just about anyone that grew up watching the Barry Sonnenfeld-directed Addams Family films from the ‘90s. And Ricci captured the spirit of Wednesday Addams so effectively that she is likely to serve as the benchmark to which anyone else tackling the role will be compared.

Wednesday and her day-to-day affairs are likely to be the primary focus of the upcoming series. But, we know that she will not be the only member of the Addams clan to appear on the program. At this point, we can confirm that Catherine Zeta-Jones is attached to portray matriarch, Morticia. Veteran character actor Luis Guzmán has signed on to appear as Wednesday’s father, Gomez. Isaac Ordonez (A Wrinkle in Time) will feature as Wednesday’s brother, Pugsley. Victor Dorobantu will be bringing everyone’s favorite disembodied hand, Thing to life. Rounding out the cast is George Burcea as Lurch.

The Program Will See Wednesday Channeling Her Psychic Abilities, Attempting to Stop a Killer, and even Solving Mysteries

The project will be set at Nevermore Academy, a boarding school located in New England. The teaser trailer (below) seems to suggest the series will have a dark, playful, comedic tone. And with Tim Burton directing and executive producing, that seems about right. While the streaming giant has been limiting the release of details related to the series’ storyline, Netflix has described Wednesday as “a live-action coming-of-age comedy”.

Tim Burton Will Direct and Serve as an Executive Producer

For anyone still concerned about the fate of the upcoming spinoff, rest assured that the project is in great hands with lifelong Addams Family enthusiast Tim Burton involved. Although Burton will not be the series’ showrunner, the iconic director has signed on to executive produce and helm all eight of the season-one episodes. Al Gough and Miles Millar (of Smallville) will serve as showrunners for the upcoming project.