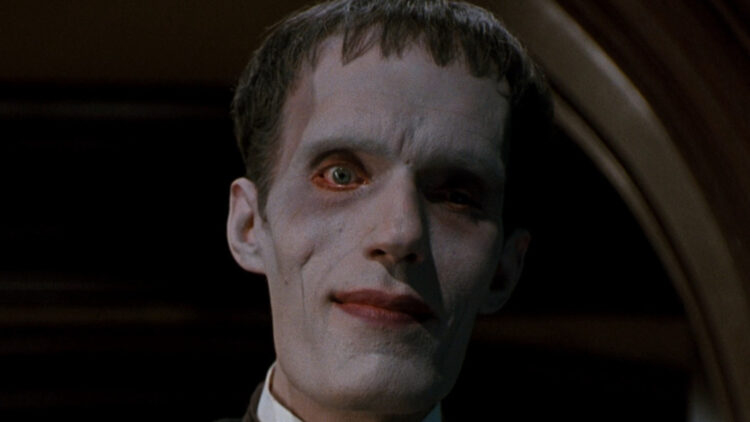 The casting announcements for the forthcoming Netflix series Wednesday have been quite the ride. Over the summer we were privy to the entire main cast, including Jenna Ortega, Luis Guzmán and Catherine Zeta-Jones. Now we have confirmation of who will be playing Lurch, the famed butler of the Addams clan.

The Tim Burton Daily Twitter account has shared an image of George Burcea next to series director Tim Burton, effectively announcing his casting as the tall and helpful Lurch. The casting is also confirmed by IMDB where Burcea is listed.

Burcea stands tall above Tim Burton which is cute as hell. We can’t wait to see what he brings to the gig.

The new show is a live-action, comedic coming-of-age tale from Netflix and MGM. Wednesday hails from Al Gough and Miles Millar, the cult duo behind Smallville. The comedy series will be a supernatural coming-of-age moment.

The Netflix series marks the first time Tim Burton has directed for television in a long while. The series has an order for eight episodes.

Lastly, are you excited for Wednesday on Netflix? Let me know on Twitter via @joshkorngut. I’m always down to talk about pop culture and horror! Dread Central is now on Google News!