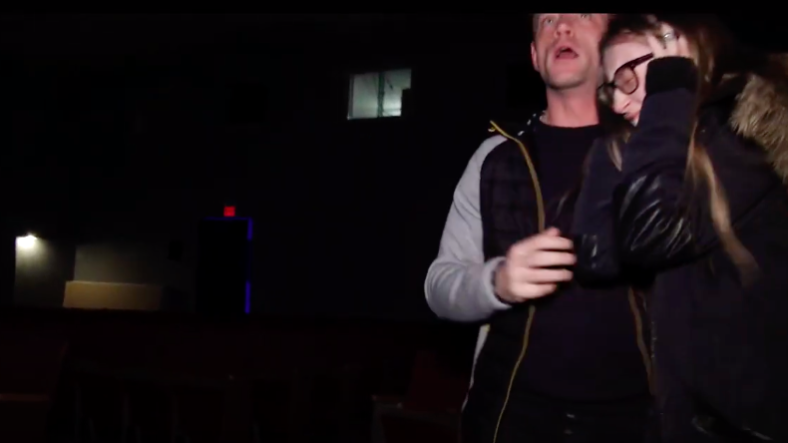 In director Ali Akbar Akbar Kamal’s found footage film Godforsaken, the word miracle is tricky. Miracles are supposed to be a good thing, right? But in his found footage film, a miracle doesn’t mean salvation; here, it means damnation.

In Godforsaken, an indie filmmaker visits his hometown to attend a childhood friend’s funeral. When she seemingly rises from the dead during her wake with mysterious abilities, he and a group of friends begin to investigate and record the town’s experience as they try to get to the truth. Some claim she is God; some claim she is pure evil. They soon learn that not all miracles are holy.

We scored an exclusive clip from Godforsaken that teases a zombie mob that awaits an unsuspecting film crew. Plus, we get a cheeky homage to the king of zombies, George A. Romero.

Kamal said of the film:

“Growing up in a religious community in the middle east, I always had a fascination with other worldly beings. As a child I would often hear things like “ You will burn for eternity if you commit a sin” or “ you will go blind if you question God”. All of which struck terror in my heart.

As a horror fan I always found that feeling of terror to be captivating. The fear of unknown beings that hold unlimited power over us. I wrote Godforsaken with that fear in mind. Our objective was to make a movie that touches on those feelings but most importantly I wanted to make something that was fun and exciting to watch.“

Godforsaken premieres on the Terror Films Channel on March 25 followed by a worldwide digital release April 8.