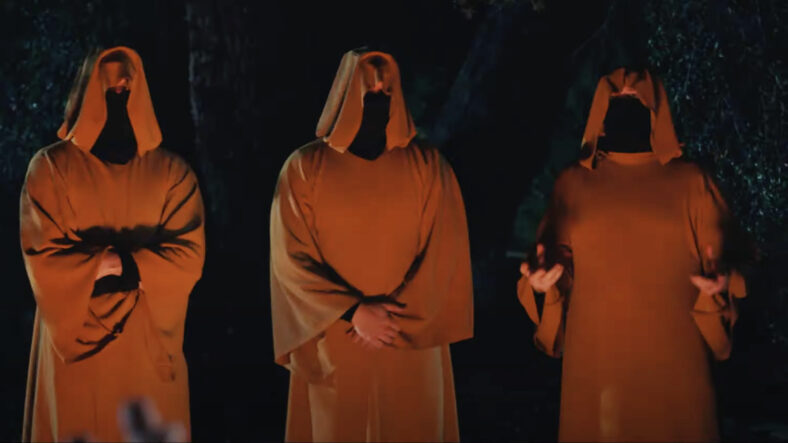 Tubi is truly one of my go-to resources for horror. And lately they’ve been adding more and more genre titles to their free, ad-supported library. So, why shouldn’t one of the biggest names in streaming start to produce their own original shlock horror field trips? Well, that’s exactly what they’re doing. Tubi has now released Hellblazers and we recommend checking out the trailer. It looks like a fun, satanic, action-horror excursion starring a slew of iconic icons of fright.

In Hellblazers, a small town in the south of good ol’ USA finds themselves being chomped on by demons. Uh oh. The recently unveiled trailer features Tony Todd, Adrienne Barbeau, Bruce Darn and many more familiar faces.

Here is the premise, according to Tubi. “A satanic cult focused on unleashing hell on earth, conjures up a demon and sets to the task of feeding it the populace of a nearby southwestern town.”

Now check out the Hellblazers trailer:

The Tubi original title hails from Justin Lee (Badland). It stars just about every genre star you can imagine. You’ve got Tony Todd (Candyman), Adrienne Barbeau (The Fog), Bruce Dern (Nebraska), John Kassir (Tales from the Crypt). Not to mention Meg Foster (They Live), Edward Finlay, Ed Morrone and even Billy Zane.

Lastly, will you be checking out Hellblazers for free on Tubi? Let me know on Twitter via @joshkorngut.