‘Hellraiser’ 2022: Everything We Know So Far

Take a trip into hell and learn all that there is to know. 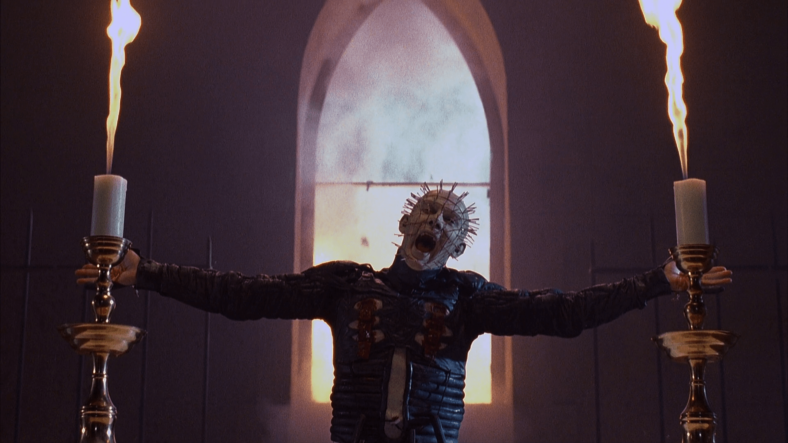 Editors Note: We incorrectly stated Jamie Clayton was non-binary. It has been since adjusted to accurately reflect her gender identity.

If you thought 2021 was stacked with fan-favorite franchise returns, then 2022 would like a word. Today we are recapping every goddamn thing we know about the upcoming Hulu Hellraiser film. Because honestly, it’s all I ever think about.

So, if you need to get up to speed on one of the year’s most fascinating and anticipated horror projects, we have got you covered. Let’s take a quick stroll down everything Dread Central currently knows about the forthcoming Hellraiser realigning from director David Bruckner (The Night House).

We will be covering everything from pre-production creative hires, casting rumors and announcements and even give you insight on how the shooting seems to be going in Belgrade. So, let’s go!

First things first let’s talk about the director because this dude has curated one hell of a resume for himself over the past few years. Starting with the chilling Netflix moment The Ritual, David Bruckner’s latest release The Night House is also superb. Anyone who has seen The Night House will have a sense of why Bruckner is perfectly suited to bring Hellraiser back to its dark and artful roots.

The new film in the Clive Barker legacy series will also be written by Hollywood hotshot David S. Goyer. This is the same dude who wrote both Blade and The Dark Knight. However, it’s quasi-newcomer Brucker who I’m personally the most excited about taking over the reins of Hell.

Sitting down with SFX magazine back in August, Bruckner shared some tight-lipped updates on what we can expect from the forthcoming film. At the time he called it “something of a small reimagining” of the original Clive Barker film as well as his novella “The Hellbound Heart”. We love to hear that he’s gone back to the source after so many years of meandering.

Here is his full Hellraiser quote:

“But it is something that we are actively working towards, and it is a joy and a dream for a filmmaker like myself to dive into that world. All I’ll say is that we are aiming to be as true as we can to the original material. [Clive Barker’s original story] ‘The Hellbound Heart’ is also a primary source of inspiration, as well as the original film. But then it is something of a small reimagining and we are currently working on it.”

As early as 2011 BOOM! Studios have depicted a woman Pinhead / Hell Priest in their Hellraiser series, and the character’s gender was never assigned in Clive Barker’s ‘The Hellbound Heart’.

The boundary-pushing star of RuPaul’s Drag Race star Gottmik gagged the nation when they appeared in the Season 13 finale as a high-femme, fully crystalized vision of Pinhead. And we were never the same again. Turns out we were not alone! When producers of the upcoming Hellraiser film saw the footage of Gottmik in his Pinhead eleganza, they immediately called him in for an audition. TO PLAY PINHEAD!

When they saw my Hellraiser [look], they gave me the audition for Pinhead. I did [go on tape]! But I wasn’t menacing enough! I had to read a bunch, I was in my apartment, against the wall, full-on trying to be Pinhead, pretending to pull needles out of my head, just going in! It was so funny! — I wanted to be Pinhead more than anything in my soul, but, also, I’m like, I get that! I mean, at least let me walk on the carpet in that look! I’ll make a new one! I just want to be there. I’ll just be in the background next to Pinhead!

Jamie Clayton (The L Word: Generation Q) was reported by THR to be starring as Pinhead in the upcoming 2022 reboot in the later half of 2022. It was around this same time we got word that filming had wrapped in Belgrade.

If a gender-swapped Pinhead sounds strange to you, check out the original novella The Hellbound Heart. In Clive Barker’s story, the head Hell Priest was never described as explicitly male. The BOOM! Studios comic books (pictured in the above image) have already incorporated a female Pinhead a number of times and it was cool as hell.

Clive Barker is finally returning to the producer seat for this new production. Barker recently won a legal battle to obtain the rights back to his franchise and will retain the series on December 19th. We expect more exciting Pinhead content from him further down the line

Speak of the devil, Barker has been positive about the current film, telling THR:

Having seen some of the designs from David Bruckner’s new Hellraiser film, they pay homage to what the first film created, but then take it to places it’s never been before,” he stated. “This is a Hellraiser on a scale that I simply didn’t expect. David and his team are steeped in the story’s mythology, but what excites me is their desire to honour the original even as they revolutionize it for a new generation.

Before filming wrapped last year, Jamie Clayton, the star who will next portray Pinhead, shared a video upload of her face-molding process, and it didn’t look comfortable. (She tells several inquiring minds in the comments that it took about 34 minutes to complete.)

Even more interesting is who else she tagged in the recent post: Burbank, CA-based studio Russell FX.

Josh and Sierra Russell are the practical make-up wizards behind modern horror gems like The Ritual and The Night House. Both of these excellent films are also directed by Hellraiser helmer David Bruckner. If you wanna lose your lunch, I highly recommend checking out their Instagram feed. It’s gnarly AF.

Lastly, how do you feel about the forthcoming Hellraiser reboot? Is it time to give this classic franchise a little love, or should we be leaving titles like this one alone? Let me know on Twitter via @joshkorngut. I’m always down to talk about all things Hellraiser!