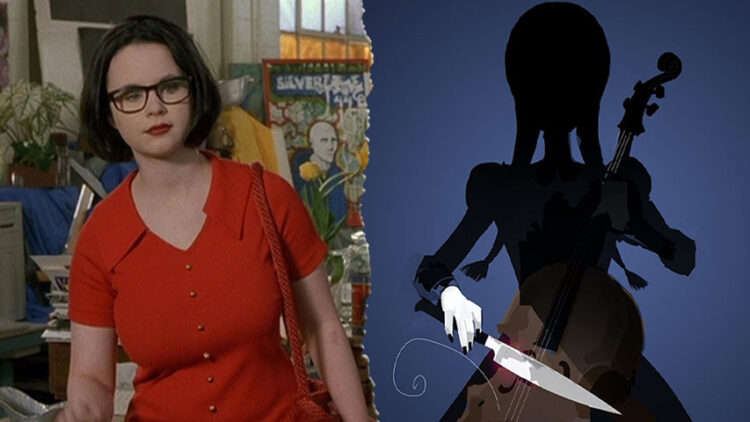 Earlier this summer we caught word of some very cool casting for the upcoming Netflix series Wednesday. This included Thora Birch and Riki Lindhome. But now, sadly, Thora Birch has abruptly left the project.

It was previously announced that Thora Birch would play Tamara Novak, Wednesday’s dorm mother and the only “Normie” on staff at Nevermore Academy. But alas, accord to Deadline: “Thora has returned to the States to attend to a personal matter and will not be returning to the production.” What a bummer.

The Nevermore Academy is now short on staff.

An MGM rep continued with “I hear Birch had finished filming the bulk of her series regular role as Tamara Novak, Wednesday’s dorm mother and the only “Normie” on staff at Nevermore Academy with a focus on all things botanical. The role will not be recast, with producers looking to add a new character to the show’s first season, I hear. It is unclear whether that character will take over for Tamara and help close out her planned storyline with both of them co-existing on the show or whether the new character will replace Tamara and Birch’s scenes will be reshot.”

The forthcoming coming of age reboot is centred on the character Wednesday as she navigates life and will reportedly star Jenna Ortega (Scream, The Fallout) will star in the title role of Wednesday Addams. Catherine Zeta-Jones (Chicago, Traffic) and Luis Guzmán (Boogie Nights, Traffic) also star in the series, playing Morticia Addams and Gomez Addams, respectively.

Wednesday will see its title character attending the Nevermore Academy where she will do her best to engage with her psychic abilities, end a murderous rampage, solve mysteries, and even encounter new friendships and romances. The synopsis gives us Chilling Adventures of Sabrina energy, and we are not mad.