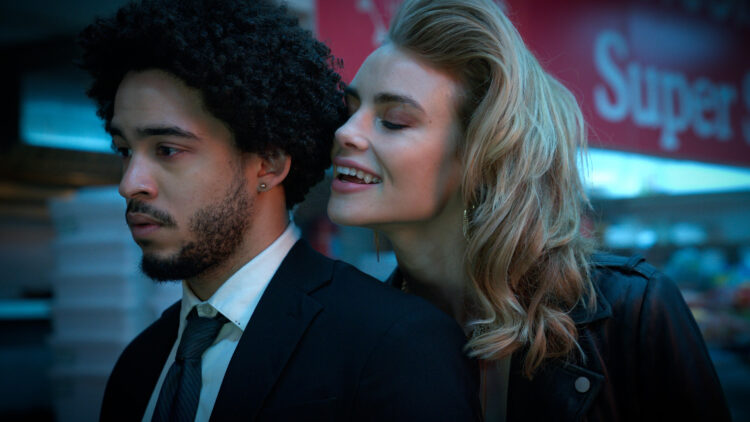 I don’t know about you, but I love vampires. I love them nasty and animalistic, but I also love them sexy and stylish, like the vampires in Netflix’s new film Night Teeth. Plus, it stars queen maneater Megan Fox herself.

Check out the Night Teeth trailer below:

Night Teeth follows college student Benny who, when strapped for cash, starts to drive for a car service. His job for the night: drive two young women, Blaire and Zoe around Los Angeles for a night of party hopping. As they get to chatting and making small talk, Benny falls under their spell, only to learn that they are in fact vampires. The night bursts into chaos as Benny is thrown into a vampire war between rival factions of bloodsuckers and the humans who want to save the world.

The trailer boasts vibrant colors, sleek costume design, and, frankly, a bunch of hotties. Even if Night Teeth is leaning more into aesthetics than story, I’m already eating it up. Also, if the trailer is to be believed, Fox seems to take a smaller role, but she’s wearing a flowy robe and flaunting an evil smile. That can only mean one thing: we’ll see her killing boys again.

Plus, Debbie Ryan (Horse Girl) and Lucy Fry (Bright) seem like a perfect pair of unhinged, young, and hungry vampires who just want a plaything for the evening. Jorge Lendeborg Jr. (Love, Simon) will star alongside the pair as the terrified Benny. Alfie Allen (Game of Thrones), Sydney Sweeney (Euphoria), and Raúl Castillo (Army of the Dead) round out the cast.

Netflix is on a roll with the vampiric creature feature. Night Teeth is coming quickly after the release of the streaming service’s vampires-on-a-plane thriller Blood Red Sky. They’re embracing the legendary Gothic figure in all its forms, and I couldn’t be more excited.