Could ‘The Spine of Night’ Start a Rotoscoping Renaissance?

The directors of the blood-soaked animated feature hope to see others embrace hand-drawn horror. 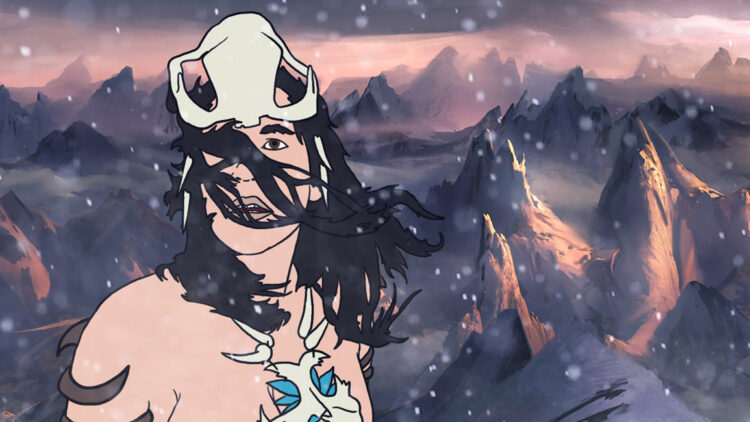 The Spine of Night, the savage and stylish animated horror-fantasy from co-directors Philip Gelatt and Morgan Galen King, has inspired countless comparisons to the work of Ralph Bakshi since its premiere at SXSW.

Their strongest similarity, of course, is in their shared technique: rotoscoping, a process by which animators trace over live-action footage to imbue their hand-drawn visuals with a sense of realism.

When The Spine of Night continued its festival tour on Saturday at the Fantasia Film Festival, Gelatt and King considered whether the film could help revive rotoscoping in adult animation. One viewer—a self-described devotee of Bakshi and Gerald Potterton’s Heavy Metal—asked the directors if they see the technique as an ongoing venture in genre storytelling.

The rotoscoping process is painstaking, King says, but possible on a shoestring. “We did this with three animators, whereas Bakshi would’ve had 75 or 100… so, even 10 people wouldn’t have been so arduous,” he explains. “But technology is advanced enough that we can do a lot with a smaller crew.”

King adds that certain time-saving tricks, like deep-fake technology or the EbSynth program commonly used in TikTok videos, could’ve quickened their production pace. But it likely would’ve done so at the expense of the film’s aesthetic. “The appeal of this is the hand-drawn quality. I love that and you don’t ever want to lose that,” he says.

Watch the full conversation below:

“There’s an inherent limitation because it’s so time-consuming,” King continues. A year into production, he went to a coffee shop with his wife, sifted through one of its bookshelves, and found an animation book that gave him a painful reminder of this.

“Oh this’ll be cute,'” King recalls. “I flipped through it and there were a couple of pages on rotoscoping, and on the first page was, ‘Don’t rotoscope a feature-length film unless you’re serving a long prison sentence. I was like, ‘Well, we’ve served one year!'”

ALSO READ: Here’s the Trailer for Ultra-Violent Animated Horror THE SPINE OF NIGHT

Despite its difficulties, the directors believe the results of rotoscoping are rewarding enough to make it a genre moviemaking mainstay. “I think it has potential to open this up to independent people doing smaller, weirder projects,” said King. “This could have some kind of renaissance.”

“Smaller and weirder is my preference for things in general,” adds Gelatt. “So, I hope it does.”

The Spine of Night has its second screening at Fantasia Film Festival on August 16, 2021. It opens in select theaters, digital, and on-demand October 29, 2021, courtesy of RLJE Films.

Tags: Fantasia 2021 The Spine of Night