‘Dead of Winter’ is a Chilling Affair [The Overlook Motel] 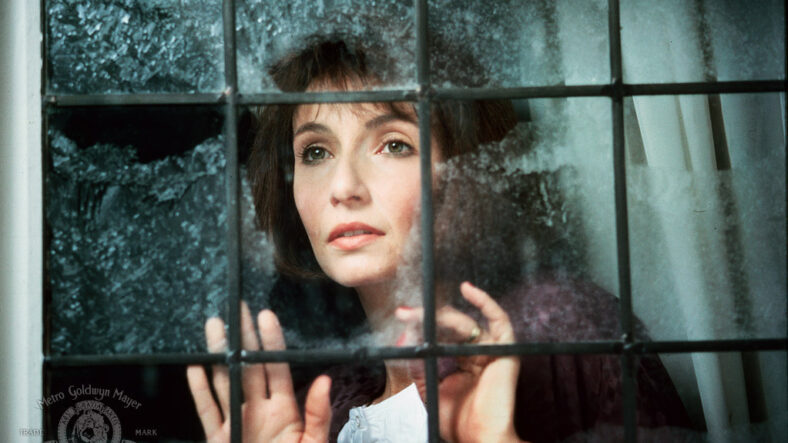 In this edition of The Overlook Motel, I look back at Arthur Penn’s criminally underrated horror-thriller Dead of Winter. Dead of Winter is an atmospheric, snowbound chiller that delivers Hitchcockian levels of suspense and boasts fantastic performances across the board. A series of unpredictable twists and turns make the film a must-see for anyone that enjoys a chilling mystery.

Dead of Winter follows Katie McGovern as she heads to an audition for a role she badly needs to book to keep the lights on. Her desire to work overshadows the unorthodox nature of the project, which requires her to conduct a screen test at a palatial dwelling in a remote locale. Initially, the snowbound estate seems quaint and atmospheric. A chilly, cozy, escape from the hustle and bustle of the city. But things take a sinister turn as Katie begins to suspect she is a pawn in a high-stakes blackmail plot.

With the phone lines down and the temperature so far below zero that one couldn’t possibly expect a car engine to turn over, Katie finds herself completely trapped. Initially, she seems to rationalize some of the peculiar goings-on. But as the demands of the ‘role’ become stranger and stranger, the actress begins to fear for her life. As time passes, Katie’s circumstances become increasingly more dire. The tension mounts, keeping the viewer in a state of uncertainty as to exactly what Katie has gotten herself into and giving cause to wonder if she will ever make it out alive. Things come to a head in a third act that is filled with deception, betrayal, and murder.

The blizzard outside the estate adds an extra layer of menace, in that it dramatically reduces Katie’s chances of a successful escape. And that added layer of helplessness serves to ratchet up the tension even further, making for a nerve-shredding viewing experience.

In addition to making great use of inclement weather, Dead of Winter also benefits from a standout performance by Mary Steenburgen (in multiple roles). She is shy, timid, and a bit unsure of herself as Katie. But she gets to take on a handful of different personas in the film, allowing the actress to show off her dynamic range. Steenburgen is a great talent and this often-overlooked film showcases just how dynamic a thespian she can be when given a bit of latitude to break out of the sweet, unassuming roles she’s known for.

The great Roddy McDowall also turns in a winning performance in Dead of Winter. He appears as Mr. Murray, the ‘producer’s’ assistant on the project for which Katie is hired. Mr. Murray manages to appear mild-mannered and shy but sinister at the same time. A strange combination but a winning one. The late actor almost appears to be channeling Norman Bates. And the end result is pitch-perfect.

Read Also: Dead Heat is Trash Cinema at Its Best [The Overlook Motel]

Dead of Winter was fairly well received by critics upon its theatrical release in 1987. But then made less than $2.5 million at the domestic box office. In the years since its release, the film remains tragically underseen. Accordingly, I wouldn’t blame you if you hadn’t heard of it. I may, however, be tempted to blame you if you don’t make a point to check this effective chiller out.

As of the publication of this post, Dead of Winter is streaming for free on Prime Video. If you make a point to have a look, please be sure to let us know your thoughts on Facebook, Twitter, or Instagram.