Dead Heat is Trash Cinema at Its Best [The Overlook Motel] 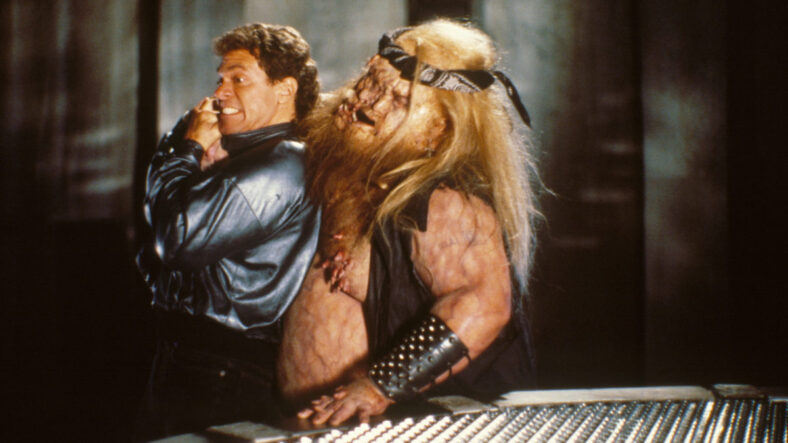 In this installment of The Overlook Motel, I will be looking back on Mark Goldblatt’s Dead Heat. This flick is a schlocky good time that never takes itself too seriously. It’s a somewhat unconventional spin on the buddy cop comedy that is fast-paced and fun from start to finish.

In spite of being a helluva lotta fun, Dead Heat was not particularly well-received by film journalists upon release. That abysmal critical reception may have to do with a lack of appreciation for (or maybe understanding of) the type of film it is. Dead Heat isn’t trying to be fine cinema or anything other than a silly good time. So, if you’re looking for a deep or profound experience, look elsewhere. But if you’re in search of a rip-roaring zombie film time with ruffians, shouting police captains, and gratuitous gunplay, look no further!

Dead Heat embraces many of the well-worn tropes common to a buddy cop comedy and juxtaposes that formula alongside a perfectly outlandish premise. The flick follows Roger (Treat Williams) and Doug (Joe Piscopo) as they track down a group of undead criminals perpetrating felonious acts in their district. When Roger is killed, and subsequently reanimated, the case takes a personal turn. Can Doug and Roger stop the zombie hooligans and return order to the streets? Well, you’ll have to watch the film and find out for yourself!

As you may have discerned from the plot crunch, screenwriter Terry Black (brother of Shane) has constructed a screenplay that puts the film’s key players in ridiculous situation after ridiculous situation, constantly raising the stakes and getting more outlandish with each sequence. And that’s exactly what genre fans want to see from a film of this ilk.

Treat Williams makes a great addition to the cast as he clearly understands the kind of film he’s in and responds accordingly. He strikes the perfect balance between serious and schlock, ensuring the flick never becomes too sobering or too silly.

Joe Piscopo (of SNL fame) plays well off of Williams and brings an element of levity to Doug, serving as the comic relief as well as coming across as heartfelt at a couple of key moments. But rest assured, things never get too sappy and the rare moments of humanity never interfere with the flick’s breakneck pacing.

As for why the film hasn’t found a larger audience, I suspect it’s a combination of not making a huge splash at the box office (Dead Heat grossed under $4 Million during its theatrical exhibition) and the less-than-complimentary critical reception to the flick. But please don’t let that stop you from making haste to seek out this trashy good time!

As of the publication of this post, Dead Heat is streaming for free (with ads) on Tubi. So, if you make a point to check it out, don’t forget to let us know your thoughts on Facebook, Twitter, or Instagram.