DREAD: The Unsolved Heads to Appalachia to Explain the History of The Mothman

What is lurking in the forests and soaring through the skies of rural West Virginia? 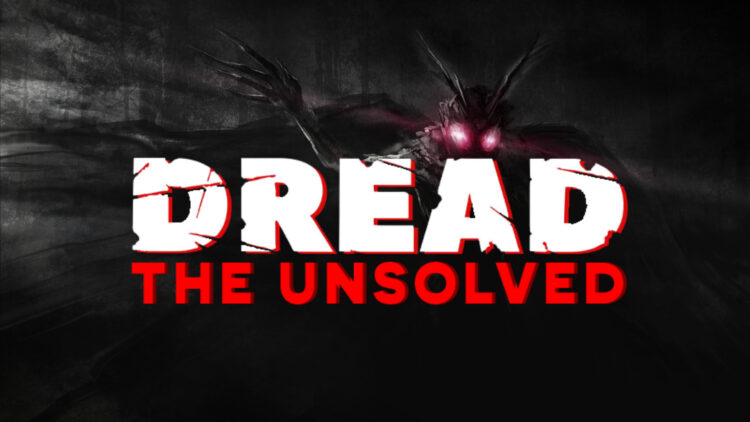 November 12th, 1966. Clendenin, West Virginia: Five grave diggers are working in a small cemetery when something catches their eye. A human-like creature, bathed in shadows, just above the treetops. It swoops over their heads. They report it later, but many chalk it up to a trick of the gloom on an overcast night.

November 15th, 1966. Point Pleasant, West Virginia: Roger and Linda Scarberry, and Steve and Mary Mallette were driving through the TNT area, the site of a former World War 2 munitions plant, when their headlights fell on a large figure, with a wingspan of 10 feet, and glowing red eyes.

They panicked and took off into the night. They would later tell police that the creature kept pace with them, at times clocking at over 100 miles per hour.

Related: DREAD: The Unsolved Goes Searching For the History of Bigfoot

Over the next year, reports like these will become commonplace. A large, winged creature terrorizing the residents of Point Pleasant. In 1967, a tragedy will occur that will recontextualize these encounters, and kick off an enduring legacy of a creature known only as: The Mothman.

The initial sightings of The Mothman were already kicking up a furor. Just one day after the Scarberry/Mallette sighting, the Point Pleasant Register ran this headline: “Couples See Man-Sized Bird… Creature… Something.” Roger Scarberry and Steve Mallette sat down with the Register to tell their story.

Mallette: “It was like a man with wings, it wasn’t like anything you’d see on TV or in a monster movie.”

Scarberry: “I’m a hard guy to scare, but last night I was for getting out of there.”

Mallette: “We went downtown, turned around, and went back and there it was again, it seemed to be waiting on us. It apparently is afraid of light, and maybe it thought it was scaring us off.”

Mallette would go on to surmise that the creature lived in an old abandoned power plant outside of town. Reasoning that there was something strange about one of the boilers.

Mallette: “There are pigeons in all the other buildings…but not in that one. This doesn’t have an explanation to it. It was an animal but nothing like I’ve seen before.”

Despite their harrowing encounter, when asked if they would return to the area, the men vowed to go back.

Scarberry and Mallette did indeed return to the area of their sighting that day. They reported finding strange tracks that looked like, “two horseshoes put together”.

A whole state over, in Ohio, a newspaper editor, trading on the popularity of the recent release of a television show based on DC Comic’s Batman, dubbed the creature, “The Mothman”. The name stuck, and of course continues to this day.

The TNT Area where The Mothman was originally sighted became sort of a local attraction. Flocks of people showed up nightly to catch a glimpse of The Mothman. The area had just the right amount of mystique to carry the legend. The 3,655 acres are occupied by 600 acres of farmland, 180 acres of wetland, encompassing 31 ponds, 1,100 acres of brushland, and 1,775 acres of mixed hardwood forest.

Over a hundred concrete domes, formerly used for storing munitions, occupy the site as well. At these nightly gatherings, the police and firemen that volunteered to be in the area for safety’s sake surmised that each car on the property contained at least one gun.

Eventually, the TNT area underwent some serious environmental testing, and was found to contain large amounts of pollution due to its former life as a munitions storage area. It would go on to become an EPA superfund site. This pollution would become a basis for many Mothman origin stories.

The very next night, after the Scarberry/Mallette sighting, The Mothman would make another appearance. Raymond Wamsley, his wife Cathy, and Marcella Bennett, carrying her infant daughter Tina, were leaving a friend’s house after a visit. As they approached their car, they allegedly disturbed The Mothman. It rose up behind their parked car, and Marcella Bennett had this to say about the encounter:

“It rose up slowly from the ground. A big, gray thing. Bigger than a man, with terrible, glowing, red eyes.”

Marcella was so shocked she dropped her baby, and then collapsed, landing…on her baby. They ran back to the safety of their friend’s house and were led inside by friends Ricky Thomas and his sisters Connie and Vickie. By the time the police arrived at the home, there was no sign of their nocturnal visitor.

Related: Photographs Taken of Possible Mothman in The Gasp Menagerie

Let’s pull back to just before this all began. November 2nd, 1966. Woodrow Derenberger, a sewing machine salesman, is driving home through rural West Virginia. He heard a large crash, and observed a strange craft. The crafted stayed in front of his vehicle and slowed down until Derenberger was forced to pull over. As he stopped, a being approached his truck’s window. The being introduced itself as Indrid Cold. This is what Derenberger said of the encounter:

“I was very frightened and as far as I can understand, this was all mental, there were no spoken words from him. I knew what he was asking me but yet he stood there and his mouth did not move. He had a smile on his face, he appeared very courteous and friendly”.

You honestly just can’t have a Mothman story without mentioning Indrid Cold.

The sightings, the fear, the cars sitting in the TNT area hoping to see something out of this world all stopped, or considerably slowed down, in December of 1967. The Silver Bridge, linking Point Pleasant to Gallipolis, Ohio, collapsed during the morning rush hour. 46 people would lose their lives, and two were never found. Author of The Mothman Prophecies John Keel reasons that the Mothman is a kind of supernatural harbinger of disasters.

Related: DREAD: The Unsolved Investigates the Location of The Ark of The Covenant

A canary in the coal mine of untold suffering. Many people believe that The Mothman had something to do with the Silver Bridge collapse. Some of the more outlandish theories speculate that the collapse was caused by a sonic boom from The Mothman’s wings. Investigations have found that the bridge, built in 1929, was over capacity with the cars of the ’60s, causing an eyebar to break from stress.

Since then, sightings have severely slowed down, but never stopped. Rumors abound in the cryptid corners of the internet. Allegedly, The Mothman has shown up at places such as Chernobyl and Galveston, both preceding disasters. This has been posted as truth all over the internet but appears to be lifted wholesale from the 2002 film adaptation of The Mothman Prophecies.

Skeptics are quick to handwave this all away. The prevailing theory is that a combination of mass hysteria and sandhill cranes is to blame for The Mothman. Of course, even the sandhill crane theory isn’t without some strange turns. Some speculate that the pollution in the TNT area has mutated a crane to an enormous size, and made it glow…

These days, Point Pleasant is still a small town at heart, and in practice. After the release of The Mothman Prophecies in 2002, the town found itself at the epicenter of a burgeoning tourist trade. Much like Roswell, New Mexico, the town went in hard on its strangeness. You can go check out The Mothman Museum, go take pictures of the frankly terrifying Mothman statue, or even settle in at the Village Pizza Inn for a Mothman pizza.

Over time, the vaguely threatening undertones of The Mothman have been replaced by goofy cryptid folklore. Another mystery of Appalachia, spoken of with reverence with tongue firmly in cheek.

But…What, do you think? Is there a creature in the West Virginia hills? Or, is it simply the misidentification of a sandhill crane? Let me know in the comments or on Twitter @DreadUnsolved, on Instagram @DreadtheUnsolved and on Facebook. You can send me coupons for Mothman pizza at TheUnsolved@DreadCentral.com