DREAD: The Unsolved Checks out the Kelly-Hopkinsville Alien Siege

This week on DREAD: THE UNSOLVED, we look at an alien siege that had Kentucky crying "goblins!" 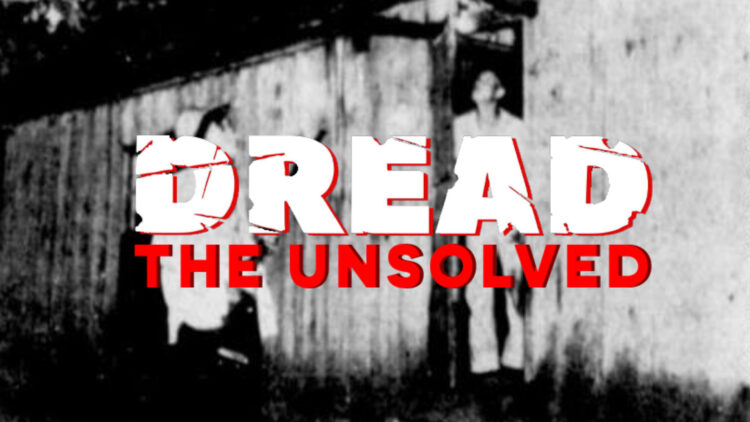 A modest-sized city, sitting at just over 30,000 residents, Hopkinsville, Kentucky is a quiet southern town like any other. Perhaps the strange part is the bowling balls? Sixty percent of all bowling balls made came from Hopkinsville, until the factory making them shut down in 2019. No, things in Hopkinsville today are unassuming.

Also Read: Dread: The Unsolved Studies the Perplexing Mutilation of The Black Dahlia

The 1978 film Attack of the Killer Tomatoes stated that Hopkinsville was once besieged by millions of irate birds, but that’s not true. What actually happened in Hopkinsville and Kelly, Kentucky is of keen interest to UFOlogists, folklorists, professional debunkers, and of course…me.

August 21st, 1955: Billy Ray Taylor was in Kelly, near Hopkinsville, visiting a friend named Lucky Sutton. Lucky, along with 10 of his other family members, all lived together on the outskirts of the small town. Billy Ray was out fetching water from the backyard when he states he saw a “silvery object, real bright, with an exhaust all the colors of the rainbow” pass silently over the house before abruptly stopping and dropping to the ground.

He ran to tell the Suttons of what he had seen, and was almost laughed out of the room. Everyone settled and continued with their night. Reports of drinking and other rabble-rousing remain unconfirmed. Eventually, the barking of the dogs out back grew…annoying. Billy Ray and Lucky went to investigate, and saw an eerie glow coming from the treeline.

In the middle of this glow was, according to witnesses, were small men, about three-and-a-half feet tall. It had an “oversized head…almost perfectly round, arms extended almost to the ground, hands had talons…and eyes glowed with a yellowish light.” The body gave off an eerie shimmer under the moon, they said—as if made of “silver metal.” Certainly nothing anyone had seen in Hopkinsville or Kelly up to that point.

Lucky and Billy Ray were in a world-changing situation. They were, according to their accounts, making contact with alien beings. What questions would they ask? What profound experiences and knowledge did these creatures have to share with humanity? What were Billy Ray and Lucky’s reactions?

They immediately gathered a .20 gauge shotgun and a .22 rifle and began firing indiscriminately at the creatures. They would later state that as the creature approached, it had it’s clawed hands up in a gesture of surrender. That didn’t stop them from firing. They stated the creature did a flip, and rushed back into the darkness it had come from.

Panicked beyond belief, the men returned to the house to hunker down. Once inside, another of the creatures was caught peering through a side window. The duo once again opened fire and the creature once again did a flip and scurried away. It was a siege, and the Sutton’s and Taylor’s were forcing a stalemate. The nearest town was Hopkinsville, and at that moment, they were fine staying put.

The window screen was shredded by shotshells and .22 rounds, but no one was any closer to figuring out what was going on. Billy Ray decided to step outside briefly to size up the situation. Once there, the family reported seeing a clawed hand reach for him from the overhang above the door. Lucky opened fire on the overhang. In the distance, he spotted another one of the creatures in a tree, and opened fire on it as well.

Both creatures reportedly ran back into the woods. They decided it was in their best interest to hunker down. The family would sit in silence, armed and ready, for the next 3 hours. They listened, and said they heard only occasional scratches on the roof. At 11 p.m., it was decided that this was not a skirmish they could win. All eleven of the Sutton clan, joined by Billy Ray Taylor and his wife, ran for vehicles and sped off into the night.

The frazzled and panic-stricken group made it to the Hopkinsville police station. There, they explained what had happened at the farm house. Authorities sent a large group of officers to investigate the scene. Shell casings, along with damage to the farmhouse from bullets were found. Reportedly, no evidence of drinking was found. The Sutton family matriarch claimed that liquor wasn’t allowed in her home.

After an all-clear, the family tried to settle in for the night. The Sutton matriarch claims that at approximately 3:30 that morning, she watched one of the creatures silently glow at her bedroom window, a clawed hand resting on the screen. She yelled for her family, and once again they opened fire.

The news spread fast through Hopkinsville, Kelly, and beyond. It was reported on by the New York Times, and other local and national news wires. People descended in droves to see where it happened. The Sutton family was sick of the attention. No trespassing signs were staked around the property, and still people came. Wary of using their alien-fighting guns on gawkers, they began charging admission: 50 cents for entering the property, $1 for information, $10 for taking pictures.

The Sutton’s obviously didn’t care for the limelight. As things quieted down around the farmhouse, history moved on past the nighttime siege of Kelly-Hopkinsville, slinking further and further into the realm of modern mystery.

While the claims grabbed the attention of the Air Force UFO investigation program Project Blue Book, it is widely believed that they did not investigate beyond speaking with the soldiers stationed at a nearby airbase who had been at the Sutton house briefly the night of the incident.

In 1956, UFOlogist Isabel Davis compiled a 200 page report on the Kelly-Hopkinsville encounter. Through her investigation, she ruled out everything aside of genuine alien contact. She stated that she believed the family members she spoke to were honest, sober folk. Her report remains the most comprehensive breakdown of the events of that night.

RELATED: DREAD: THE UNSOLVED Explores the Case of Henryk Siwiak–The Only Recorded Homicide in NYC on 9/11

Others are not so sure. Writer and skeptic Jake Slocum stated in 2008, “Look at the head of the “creature” then look at the head of the owl. Now, get really, really drunk. We’re talking “mid-1950s rural Kentucky” drunk.” The owl theory is one of interest to a few different researchers. UFOlogist Renaud Leclet has stated that it could be a mis-identification of a pair of great horned owls which are nocturnal, fly silently, have yellow eyes, and aggressively defend their nests.

I don’t know if approaching with their hands up could be considered as “aggressive”, but what do you think? Was a family attacked by a group of interstellar visitors near Hopkinsville, Kentucky, or did some folks get spooked by some owls?