These feature films take their audience on a nostalgia-fueled ride back in time. 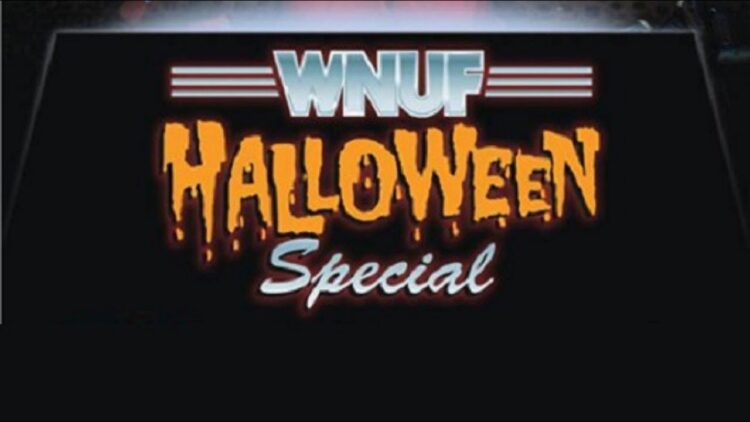 Retro horror can be a challenge for filmmakers to get right. But when a director truly captures the spirit of a bygone era, throwback pieces can be powerful and compelling. Not only is there no need to explain why the victims don’t simply use a cell phone to call the police, there is also a nostalgia factor that speaks to viewers that grew up on horror movies in the ‘80s and ‘90s.

Our sister site Dread XP’s latest game release, Spookware hits a nostalgia sweet spot similar to the way some of the most effective modern horror movie throwbacks have. Spookware harkens back to a time when platformers ruled the industry and the results are pretty magical.

To celebrate the release of Spookware, we are looking back on some of our favorite cinematic throwbacks that effectively captured the essence of the ‘80s and ‘90s. Read on for our top picks!

Also See: 10 Horror Anthologies Guaranteed To Get You In The Halloween Spirit

THE HOUSE OF THE DEVIL

The House of the Devil is one of the first ‘80s throwback horror films I remember seeing. It perfectly captures the look and feel of the 1980s and also works as a master class in slow-burn tension building. Of the period horror films set in the ‘80s, this tale of a babysitter running afoul of a satanic cult feels the most like it could actually be a lost relic from that decade. The wardrobe, styling, and set pieces are all on point.

The debut feature from the directorial collective known as Roadkill Superstar (RKSS) gave those of us that still get giddy at the sight of a Super Nintendo console something to squeal about. Turbo Kid came out in 2015 but was set in the distant, dystopian ‘future’ of 1997 where water is a scarce commodity. Munro Chambers and Laurence Leboeuf are brilliant as co-leads. But Michael Ironside steals the show as scenery-chewing baddie, Zeus. RKSS really committed to recreating the look and feel of a bygone era for nostalgic audiences and the results were spectacular.

I don’t remember the last time I had as much fun watching a film as I did watching Psycho Goreman. This intergalactic story of interplanetary power struggle doesn’t reveal precisely when it takes place but it’s clear from the technology and wardrobe that it is transpiring sometime in the ‘90s. The film is Amblin-esque but peppered with copious amounts of ultra-violence. If you’ve overlooked this delightfully graphic and simultaneously hilarious flick, I urge you to seek it out and give it a shot.

The Final Girls sees a young woman and her friends inexplicably transported through the silver screen into a cult slasher picture from 1986. Director Todd Strauss-Schulson’s film does a commendable job of recreating the look and feel of an ‘80s horror movie while serving up plenty of meta commentary on the slasher genre. Moreover, the relationships in the flick come across as genuine and the performances are top notch.

Horror fans of a certain age likely have fond memories of curling up with a Fear Street book during their younger years. As a fan of the YA series, I was thrilled to see that the first installment in the cinematic trilogy felt very much like a Fear Street book that came to life. Opening at a shopping mall, specifically in a B. Dalton really took me back in time. And the nostalgia wave continues throughout the series’ first installment.

The sophomore feature film from directorial collective RKSS lovingly features the fashions, musical stylings, and hairdos of the mid-‘80s. And if I didn’t know better, I might almost be convinced Summer of ‘84 was a genuine artifact from a bygone era. Baby-faced Rich Sommer (television’s In the Dark) is brilliant as the suspected perpetrator in this nostalgic throwback about the serial killer next door.

The WNUF Halloween Special was made with very little money and a lot of love for the horror genre. Director Chris LaMartina took great care to capture the look and feel of an ‘80s made-for-TV movie. LaMartina and company even included a bevy of television commercials that lend an additional air of authenticity and give the viewer the sensation that they are watching a lost broadcast. Painstaking attention to detail went into bringing this project to life and the end result is pretty spectacular.

WE ARE STILL HERE

Yes, We are Still Here technically takes place in 1979. But I couldn’t live with myself if I left it off this list. Ted Geoghegan’s horror period piece captures the essence of Fulci but tells its own terrifying story of a haunted house in search of a sacrificial offering.  The wardrobe and set design really invoke a long gone era. Not to mention, Barbara Crampton and Larry Fessenden are a delight in their respective roles.

This prequel to Paranormal Activity nails the look and feel of the late 1980s. From the antiquated technology to the side pony tails, the film truly transports the viewer back in time. Moreover, it’s one of the better sequels in the somewhat hit-or-miss barrage of follow-up efforts released in rapid succession, following the success of the first Paranormal Activity film.

Curious about Spookware? You can get the lowdown right here!