‘The Aviary’ Review: A Vanilla Cult in the Desert 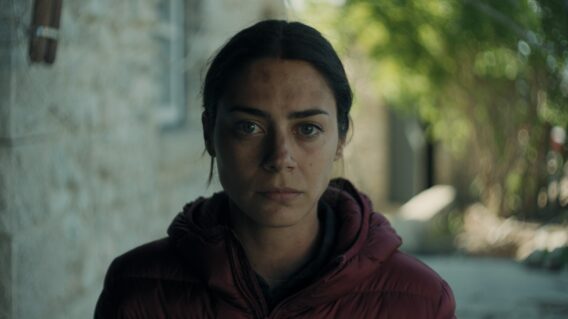 Cults are very cool right now. Strange as it might sound to say, cults are the zeitgeist; they are the colloquial moment. From the likes of Ari Aster’s Midsommar, Richard Bates Jr.’s King Knight, and Netflix’s restoration of the 1994 documentary Children of God, the stranger and arguably more violent a cult is, the better. With that recognition in tow, the trend worshipped as if it were a spiritual leader in and of itself, co-directors Chris Cullari and Jennifer Raite have conceived of The Aviary, a cross between Race with the Devil and sundry other cultism narratives that does little make it worth revering.

Stars Malin Akerman and Lorenza Izzo are by far the best thing about The Aviary, two worshipers in Cullari and Raite’s in media res narrative. The movie opens with the two after they’ve already fled Skylight, an ostensibly insidious cult somewhere in the New Mexican desert. Akerman and Izzo work wonders, establishing immediate, uneasy chemistry, with neither quite certain whether they can trust the other. With Cheeto reprieves and riffs on Girl Scouts, the early-goings yield considerable promise as The Aviary grounds its momentum in distinct character work, with both Akerman’s Jillian and Izzo’s Blair harboring their own secrets and reasons for fleeing.

Unfortunately, in a filmic landscape abounding with cult narratives, new entries need to do something—nay, anything—to distinguish themselves from dozens of other facsimiles. There are dozens of cults and dozens of cult movies, and The Aviary struggles to render itself worth joining. Chris Messina as Seth, the charismatic, conventionally handsome cult leader who frequently appears in hallucinations and dreams, is no different than any other number of charismatic, conventionally handsome cult leaders. Post The Mindy Project, Messina has excelled with unconventional character work and channeling his inner werido, though Seth is simply a soft-spoken, good-looking guy, repeatedly referencing “synthesis” with all the intrigue of a yawn.

The Aviary struggles to ground just why these two women need to flee, and worse still, what makes the cult so insidious. In lieu of genuine intrigue and suspenseful developments, there are neon-tinged dreams and every variant of the unreliable protagonist trope imaginable. Seth’s hope was allegedly to use these women’s desires against them, though it’s never quite clear how he managed to accomplish that. The menace is nebulous, with creepy masks and a smattering of loud jolts supplanting rich insights into cult life and the innate desire in some to abandon their lives and join.

Akerman and Izzo deserve most of the credit for what does work, with Izzo especially excelling. As she navigates a competently filmed desert landscape, she imbues Blair with an affably tense quality. She’s unreliable and difficult to read, the credit going almost entirely to how fluidly Izzo shifts between sympathetic and suspect. Her squabbles with Akerman propel the plot forward while all contextual elements fade away, nothing outside of their dynamic proving compelling, mysterious, or scary enough to maintain interest.

Unfortunately, The Aviary ends exactly how anyone who has seen any movie ever would expect. In a last-ditch frenzy, secrets are revealed, twists are unspooled, and the movie’s MPAA “some violent content” comes to fruition. It’s a lackluster ending that prioritizes the weakest elements of The Aviary, eschewing the distinctly female perspective for broad brushstrokes of cultism menace. The Aviary isn’t an outright failure, and it fits. It’s a compelling exploration of two women whose lives were upended by the same, pernicious man. Unfortunately, the distinct genre elements are ungrounded in their experiences, culling instead from conventional cult spooks than anything distinct to these women and their lives. A passing pleasure, The Aviary is worth a watch, though it’s unlikely to linger.