In The Disturbing ‘Speak No Evil’, Politeness Is Wielded Like A Weapon [Sundance 2022] 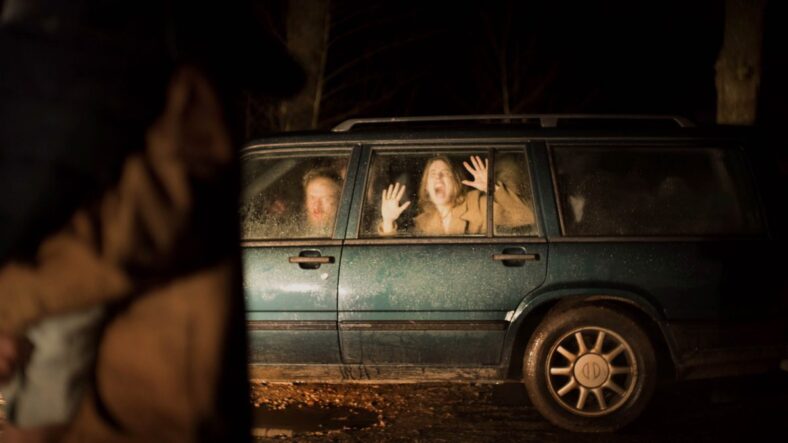 Going through life, we’re expected to be polite to friends and strangers alike. Smile, say thank you, quietly listen and nod as they tell you stories. Politeness is assumed to be analogous to kindness. You’re meant to set aside yourself for the comfort of others. And that expectation can lead to awkward encounters where a stranger takes advantage of your kindness. Christian Tafdrup’s film Speak No Evil, which premiered at this year’s Sundance Film Festival, takes your most uncomfortable social encounter and takes it to its violent extreme.

Speak No Evil focuses on a Danish family of three — Bjørn (Morten Burian), Louise (Sidsel Siem Koch), and their daughter Agnes (Liva Forsberg) — on vacation in Tuscany. While attending group dinners and outings, they meet Patrick (Fedja van Huêt), Karin (Karina Smulders), and their son Abel (Marius Damslev), a Dutch family of three that seem perfectly pleasant. When they all get home, Patrick and Karn invite the Danes to visit for the weekend. Sure, it’s a bit of a gamble, but why not take a chance to make new friends and travel somewhere new?

As soon as they arrive at the house, things are weird. Agnes is given a blanket on the floor to sleep on. Patrick tries to feed Louise meat even after she’s repeatedly told them she’s a vegetarian. They hire a strange babysitter to watch the kids while the adults go out to eat. It’s all almost unbearably uncomfortable, but none of it is outright malicious. So Bjørn and Louise make excuses for their hosts, trying to brush over red flags as just family quirks.

But the longer they stay, the more they realize Patrick and Karin aren’t just a little odd. They’re downright nasty. All of the sudden, their strange behavior makes sense, tools to push the Finnish family to their limits of kindness. They’re playing a game, toying with their prey while stretching what is socially acceptable behavior.

If secondhand embarrassment makes you squirm, then you are going to suffer watching Speak No Evil. Every conversation is filled with dead air, as if the oxygen has been sucked out of the room. But here, the oxygen never comes back. Karin tries to discipline Agnes and Louise gets defensive. Bjørn brushes his teeth and Patrick walks into the bathroom to pee. Patrick and Karin get wasted and drive the four of them home drunk. There isn’t just a lack of boundaries; boundaries are nonexistent.

This allows Patrick and Karin to almost immediately gain power over the Danish family. On their home turf, they can manipulate their guests by guilting them and gaslighting them into staying. There are several occasions where Bjørn and Louise make absolutely nonsensical decisions that are almost jaw-dropping. You want to yell, “How could you be so stupid?” Then you realize that they feel pressure to do so out of politeness. Yes, fuck politeness. But not in the world of Speak No Evil. Tafdrup wants to show just how far a person can go in the name of keeping someone you barely know happy.

But underneath that politeness is Bjørn’s desire to escape his normal life, even if that puts himself and his family in danger. No matter Louise protests, Bjørn wants to stay. He makes excuses and confides in Patrick about how much he hates his life. Despite how uncomfortable every interaction is between these couples, Bjørn reveals his true feelings to basically a complete stranger. He is so pent up that he finds salvation in a new friend instead of his partner or familiar friends. He is open and vulnerable, which is subsequently used against him. A moment of intimacy is betrayed for violent ends.

Related: ‘See for Me’ is Tense, Unpredictable, and Features Great Characters

While Speak No Evil expertly ratchets up the tension with every minute, the third act gets muddled. It focuses on trying to shock more than cohesively explain the true threat of these people. Sure, they could just be making these decisions out of sheer cruelty, but it feels as if it was meant to be more purposeful. Regardless, the film’s third act is a series of horrific gut punches that have you doubled over in pain. All of the deeply uncomfortable tension is finally released in an act of horrific violence that feels both cruel to the audience and the only ending that would make sense for such a mind-boggling experience.

Speak No Evil makes you never want to make a new friend again. This film is social anxiety personified, making you sweat as Bjørn and Louise endure escalating levels of rude behavior. It is every moment of small talk, awkward elevator conversations, and listening to oversharer mashed together into your worst nightmare. This isn’t a film for those with a weak stomach or a dislike of nihilism; Speak No Evil is incredibly mean-spirited. But for those who love films like Funny Games and The Strangers, Tafdrup’s latest is pitch-perfect. Just get ready for some self-care after this one. You’ll need it.

Yes, Christian Tudfdrup’s ‘Speak No Evil’ is mean-spirited. But it expertly builds tension to create Sundance’s most shocking feature.