Despite a short runtime and an interesting premise, 'Double Walker' falls short in delivering a satisfying story. 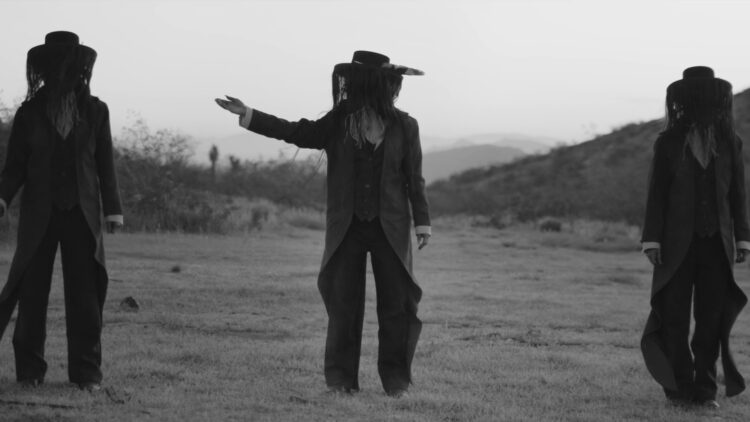 Double Walker is that movie you want to like but it just refuses to let you at every turn. The movie spends so much time trying to be aloof while creating an atmosphere it never earns, that it forgets to give its audience more than what feels like a moody after-school special.

The movie follows Ghost (Sylvie Mix) as she seemingly seeks revenge on a group of guys that had a sex ring preying on underage girls. We find out Ghost’s dad was part of the ring, and that she found this out as a child before she died earlier that day. Double Walker drags out the mystery about the little girl’s death and how a few hours (or days) later is a grown woman ghost.

The timeline is confusing because the movie keeps retreading its steps to paint fuller pictures of previous unimportant scenes. It gives the illusion of being lost and circling the same things repeatedly. But because there’s no real revelation by the second or third time we revisit something, this gets old fast. It also makes it confusing to figure out how much time has passed since Ghost died. The dialogue that touches on the timeline only makes it more confusing.

Also Read: ‘Back Road’ Review: One Of The Nastiest Films Of The Year

Double Walker quickly alerts us that it wants to be a weird version of A Christmas Carol but with an avenging angel who is murdering men with a spoon while spending a little too much time topless for a movie that dances with being a rape-revenge story. One of the things that I feel seriously hurt the movie is that a few very small parts of Ghost’s journey feel like a much less interesting version of Promising Young Woman.

They even have her find out a predictable piece of news from a cell phone. But it’s done in a way that gives it no weight and leaves us still unable to care. Even the ending of the movie is left open to interpretation, which I usually love. But because no decisions were made this whole movie it was just another reason for me to roll my eyes and reread the synopsis as if it would tell me how I got here.

One of Double Walker’s saving graces is that it’s quick. While it manages to waste a lot of time meandering in its self-importance, trying so hard to be any lane but its own, and muddying whatever messages it thinks it’s getting at, it is only 71 minutes long. I wonder if this movie would have been stronger if it were even shorter though. Would that have helped focus on whatever the story is?

The only redeeming qualities are the runtime and the (buried) subject matter..