‘Back Road’ Review: One Of The Nastiest Films Of The Year 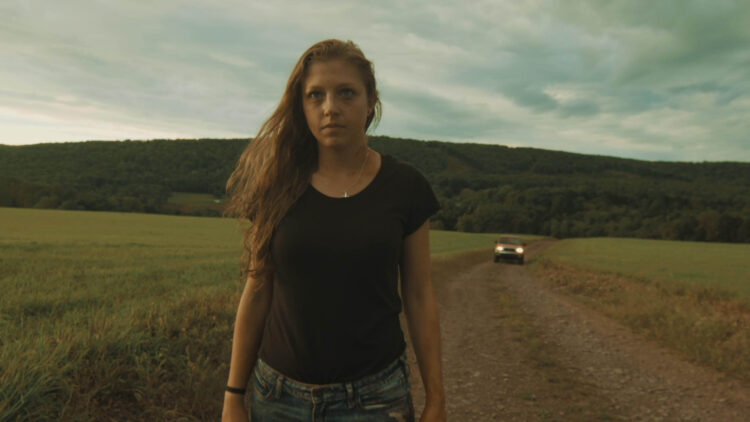 Rachel Keefe plays Madeline, a young Christian woman on a weekend trip with her friends at a rural isolated cabin. What she hopes for is a vacation filled with good, honest fun. But things immediately go awry. Their stoner driver named Fox (Erik Searle) accidentally runs over and kills a young boy. Matters only get worse when the child’s hillbilly family come looking for revenge, even though the father later admits that he never liked his son much anyway. Viewers are in for 94 minutes of particularly nasty and brutal death sequences, and not a whole lot else. There is an awkward comedy scene featuring two stoner cops, added in an attempt to lighten the mood. But it doesn’t really match the overall tone of the rest of the film.

Back Road is clearly a very low-budget production, and there are a number of technical issues present throughout the picture. That includes poor sound mixing which made the dialogue hard to hear at times. This was particularly unfortunate, because most of the principal cast seemed to be trying their best. It would have been nice to have clearly heard what they were saying throughout the film. There were also jarring issues with the script. For example, Madeline is rescued by a supposedly good Samaritan character who then apparently drugs her and hands her over to the villains. His reasoning is never explained, leaving it up to viewers to try to work out why he did that.

If anything, however, Back Road serves as a reminder that in real life, there are no happy endings. There are multiple scenes where viewers will desperately want a hero to barge in and save Madeline and her friends from the murderous hillbillies. But it never happens. Even law enforcement is mainly shown as inept and incapable of doing their jobs properly. There’s nobody to come to the rescue here. This is a film where people are horribly murdered, and nobody faces any repercussions for their heinous crimes. To drive this point home, there’s even an upbeat country music song played over the end credits while one of the psychotic hillbillies cheerfully dances in the background.

Also Read: 10 Most Disturbing Scary Movies Ever Made

Just like in real life, this is a story where the villains win. Director Andrew Pizzo clearly wants to make viewers aware of this. While it probably won’t appear on any top ten lists, Back Road is still one of the year’s nastiest films. Horror fans seeking something truly unforgiving might just have a good time with it.

It probably won’t be considered a masterpiece of the genre, but Back Road was still an incredibly nasty independent horror movie which drives home the point that in real life, there are no happy endings.