Horrible Imaginings Review: ‘Charon’ Is a Brutal Exploration of Isolation and Betrayal

Jennifer Zhang made 'Charon' on her iPhone during the first months of the pandemic. The results are both intimate and deeply claustrophobic. 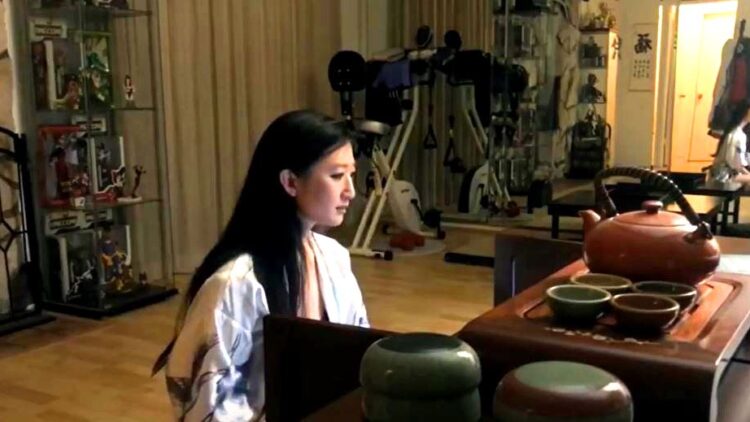 The early days of the pandemic were harder on some than on others.

While many were able to hunker down with their families and partners, there were countless others who didn’t have that option. They were forced to quarantine alone. Although in this day and age it’s relatively easy to stay in constant contact with your friends and loved ones, isolation is never easy. Humans are social animals—we need to have regular interactions with other people. Extended periods of isolation are known to lead to serious mental health problems, including depression, anxiety, paranoia, and psychosis, as well as ramifications to one’s physical health.

For these reasons, solitary confinement is generally agreed to be unconscionably cruel and, in some cases, a form of torture.

A new film dominating the festival circuit explores just this. Written, directed, produced by, and starring Jennifer Zhang, Charon (pronounced like “Sharon”) tells the story of a young woman enduring a court-ordered period of total isolation.

The film opens in the morning and follows the titular Charon Lee (Zhang) as she goes through the motions of a severely limited daily routine: feeding her three pet rabbits, drinking coffee, having a long workout session in her living room, and then taking a shower and putting on makeup to talk to her boyfriend, Jerry (Eric Radic), over Skype.

Charon is a former hacker who’s been convicted for her involvement in a large-scale operation that robbed thousands of people of their life savings. The damage she inflicted drove some of her victims to take their own lives. As punishment, she is placed under a draconian form of house arrest. She can’t have visitors or any access to any form of media—no books, newspapers, or TV. Her only permitted form of contact is her Skype sessions with Jerry.

Jerry has been supporting Charon both emotionally and financially since her incarceration began. He pays for her utilities, arranges to have groceries delivered through a private courier, and logs into their video calls every night at the same time without fail.

Charon’s lather-rinse-repeat routine of pet care, exercising, and nightly video chats helps her hold onto the frayed edges of her deteriorating mental health. Her apartment might as well be a solitary confinement cell. But with four more months left on her sentence, Jerry helps her hang on.

But Jerry’s behavior begins to change. Suddenly, he starts cutting their calls short, until one night he doesn’t login at all. When they do reconnect, their exchanges turn hostile and resentful. Just as it seems like they’re about to reconcile, Charon finds herself in the middle of a twisted game that she has very little chance of winning.

Related: Exclusive: Zoom Has Been Hacked in Terrifying Supernatural Short from ‘Summer Of 84′ Writer/Producer

when everyone was (supposed to be) sheltering in place and observing quarantine protocols, Zhang wrote, shot, and edited Charon on her iPhone, in her own apartment during the first months of the COVID-19 pandemic. The minimalist production results in a film that’s both intensely intimate and deeply claustrophobic.

The tension throughout the 73-minute film is palpable. Repetitive shots of Charon working out, showering, and feeding her rabbits underscore how small her world has become, how torturously monotonous her life is. It calls to mind the Greek myth of Sisyphus. He was cursed to roll a boulder up a hill every day only to have it roll back down when it reached the top, forcing him to start again and again for eternity. (Speaking of mythology, there’s a great bit of dialogue about the spelling of Charon’s name.)

Zhang’s lead performance, cinematography, and script, are all full of purpose. The director skillfully portrays the detrimental effects of not only extreme and prolonged isolation, but also of being trapped in a toxic relationship. Charon’s complete dependence on her boyfriend makes her especially vulnerable to the exploitation she’s ultimately subjected to. It’s that detail alone that makes Charon a uniquely terrifying experience.