Director Ruth Platt's 'Martyrs Lane' isn't quite frightening, but its emotional impact shows how profoundly sad supernatural stories can be. 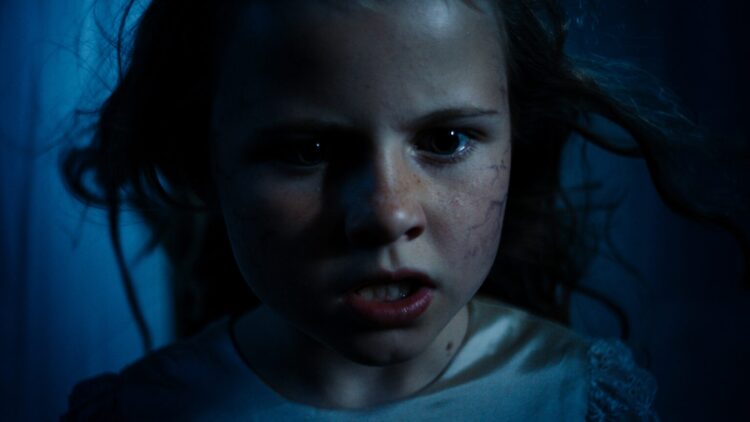 
Ghost stories are intrinsically sad. The idea of a soul, for some reason or another, being tethered to the world of the living, unwilling or unable to colloquially move on, is deeply poignant.

For all the boogeymen, jump scares, pyrotechnics, and digital wizardry that bring ghosts to life in all their diverse forms, they are, at their core, tragic figures. It’s a refrain contemporary genre filmmakers Juan Antonio Bayona and Guillermo Del Toro, among sundry others, recognize. The ghosts of The Orphanage or The Devil’s Backbone, while frightening, operate a less commercial but considerably more human niche. They, like us, used to be human, and they don’t understand why they’re not anymore.

Ruth Platt’s Martyrs Lane, while arguably less successful than either aforementioned title, deserves mention alongside them. It’s a profoundly sad ghost story that follows the rhythms of a dark fairy tale, and while it’s never particularly scary, it conjures up ample dread and, most memorably, a great deal of heartbreak.

Martyrs Lane follows Leah (Kiera Thompson), a 10-year-old frequently left to herself on a sprawling vicarage where she lives with her parents and older sister. The days are frenetic and stimulating—ephemeral escapes from the loneliness of the night. She’s met with only pockets of interest and care, a cake from a neighbor or a brief spat with her sister that, while unpleasant, nonetheless encompasses the kind of human interaction she so deeply desires.

More than anything, she desires it with her mom, Sarah (Denise Gough). And while the early minutes of Martyrs Lane aren’t particularly frightening, they are heartrending—the kind of wistful portrait of childhood loss Frances Hodgson Burnett mined so successfully a century ago.

Leah, acutely aware of her mother’s fixation on a golden locket and the blonde hair kept within, soon steals it, eager to better understand her. Inadvertently, she summons the nocturnal visage of a young girl, Rachel (Sienna Sayer), in angel wings.

At first, their interactions are playful—Leah finally has a friend—and both desperately try to uncover the dense secrets the adults in their lives are keeping from them. To adult audiences, these secrets aren’t exactly well-kept, though it’s still difficult to watch Leah grapple to understand why the people who are supposed to guide her seem so lost themselves.

Rachel’s intentions grow more sinister, and while I won’t spoil what follows, Martyrs Lane very much becomes a horror story as it progresses.

The Grimm’s playfulness and elegiac threads are unfortunately set aside for sporadic jolts and unclear hauntings. The threat is somewhat nebulous, and what few scares there are feel less organic and more like the trappings of a horror movie telling audiences to be scared, whether or not they really should be. It’s a shame, too, because the two young actresses deliver profoundly engaging work as crestfallen foils, and Denise Gough’s maternal figure never succumbs to being a cloistered cliché. There are moments of warmth in her relationship with Leah, and it makes Sarah’s desperation to connect all the more poignant.

As Martyrs Lane nears its conclusion and the mystery is unfurled, the film’s horror elements grow more effective (though one wishes there had been more consistency throughout). There is thunder, lightning, and buried secrets, and while these touches all work, it’s an unusual capstone for what had been considerably more restrained.

Still, Martyrs Lane, while not Fantasia’s scariest or most distinct genre premiere, is worth a look. Fairy tale-horror hybrids are wont to engage, and Martyrs Lane is no different. It’s a deeply melancholic yet gorgeously rendered tale of a little girl incapable of perceiving the pain of the adult world. If nothing else, it’s a triumphant step forward for writer-director Ruth Platt. After Martyrs Lane, I cannot wait to see where she chooses to haunt next.

Martyrs Lane is a plaintive ghost story, gorgeously rendered and tenderly acted. What it lacks in scares it makes up for in sheer, childlike wonderment.