‘Chaser’ Is A Trippy Ride Into The Future [Review] 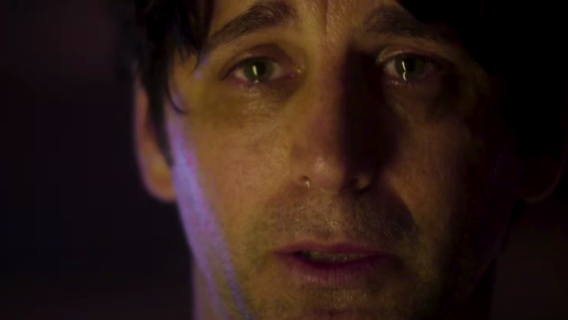 In the upcoming series Chaser, written and directed by Daniel Roemer, Eddi Sebastian (Russ Russo) is a pathetically awkward and miserable man who spends his time editing films and yearning for the love of actress Anabel Ruysch (Gia Bay). However, he is unsuccessful in both endeavors which only sinks him lower into his already pitiful little life.

Until one day, Eddi has trouble with his laptop software. Suddenly a simple call to the IT service listed beneath his machine opens a new world full of opportunities, wealth, and reciprocated affection. Very simply put, he holds the power to re-edit his life daily within a 24-hour window. What luck, huh? And what’s the worse that could happen?

With the mysterious encouragement of Hal (the mysterious IT expert, who hammers the know-how into Eddi), he slowly builds up his confidence to explore a relationship with Anabel while motivated to create the best movie in history, featuring her as the lead. Nothing can stop him now. Except maybe a wicked boyfriend/manager named Gar Madden (Daniel de Weldon).

Once again, de Weldon dominates the frame as the villainous bad boy, using continuous interference of intimidation and violence. He brilliantly instills fear, pinpointed perfectly by his presence and his control over Anabel. Catering to his mood swings and appeasing to his demands only creates a bond between the two misguided talents which helps bring them together…even without the incessant meddling by Eddi to win her over.

With a pinch of gloomy taunts in bully-like fashion, it’s clear executive producer Jeremy Howe has helped create something more ominous than his Big Bang Theory and Young Sheldon hits, while holding onto the dark humor and sarcasm we’ve come to adore.

Russo nails Eddi as the hopelessly broke, lonely, and mediocre shell of a man who just wants to master his editing skills and “get the girl”. Not too much to ask unless you are handed the power over life to change the world and you expect complete perfection.

Chaser is a trippy ride into the future, forcing you to ponder what would happen if that ultimate power landed at your feet. How would you utilize it? What does it mean to be human? Or flawed? In a digital age, we are still finite, facing consequences for every decision made. Having supremacy over man can be a fundamental danger, especially if fallen into treacherous hands.

To quote directly from the protagonist, “This life isn’t perfect. Embrace it. What’s done is undone.”

Brilliantly said, and well thought out.

Chaser will be released in the summer of 2023. Keep an eye on Dread Central for any and all updates about the new series.

Chaser is a trippy ride into the future, forcing you to ponder what would happen if that ultimate power landed at your feet.