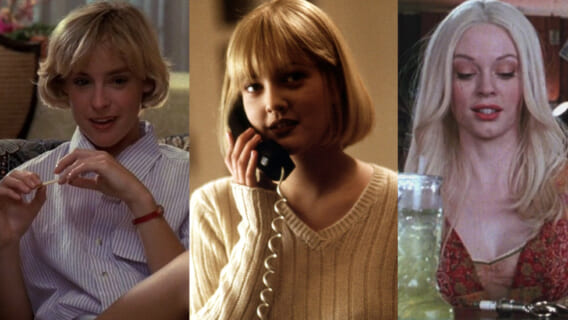 The horror community at large has been effectively jaded to the Final Girl archetype for quite some time now. The conversation, as fascinating as it has been, has become tired and ultimately a little bit oversaturated. Now, however, the Internet is switching gears as it begins its search for the greatest First Girls of the genre.

The Final Girl is the almost universally woman-identified individual who survives the violent events of a horror film. Is the Final Girl a feminist archetype or a sexist trope? I’m not the one who has the answers to that question. I am, however, fascinated with a term that’s fairly fresh to my eyes: The First Girl.

Just yesterday, Redditor kukes15 posted a question to the Internet’s front page that caught my attention. Who’s your favorite “first girl”? asks the OP. By First Girl, they are referring to the first victim of a horror film rather than the surviving Final Girl. It’s a fascinating inversion of tropes that’s got Reddit thinking.

Of course, there was clearly a breakaway favorite First Girl of horror: Casey Becker, as portrayed by Drew Barrymore in Scream. “It was just such a heartbreaking moment,” writes Redditor decidedlyindecisive. And I wholeheartedly agree.

Other prominent First Girls of horror to receive upvotes include Chrissie from Jaws, Marion Crane from Psycho, Pam from Deathproof, Annie from Friday the 13th, Kate Miller from Dressed to Kill, and Tina from A Nightmare on Elm Street.

Out of all of the pitches provided by Reddit, I think my favorite (besides Drew Barrymore as Casey Becker) has got to be Janet Leigh as Marion Crane in Psycho. One Redditor calls her “the blueprint,” and I couldn’t have worded it better myself. Just like with the quasi-stunt casting of Drew Barrymore as the shocking first kill of Scream, audiences in 1960 were equally stunned to see megastar Janet Leigh murdered so quickly into Psycho‘s runtime.

Lastly, who do you think are the greatest First Girls in the history of horror? Make sure to let us know on Twitter via @DreadCentral. We’re always around to chat about all things classic horror.