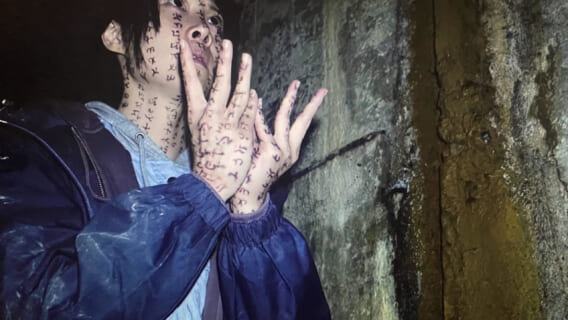 I will always preach the good word of found footage filmmaking and how filmmakers can use the technique to craft truly horrific scares. This year we saw found footage continue to grab the world’s attention, with successful releases like V/H/S/99 and Deadstream, as well as Netflix’s Incantation. And even though We’re All Going To The World’s Fair isn’t technically found footage, it is reminiscent of screen life horror films like The Den and Unfriended. Even if a film wasn’t “technically” found footage, we saw a boom in adopting parts of the technique to add terror.

Then, we saw pseudo-documentaries about cursed professors, haunted video games, the first horror film from Barbados, and so much more. Some of the year’s most creative films utilized the technique. That’s why I’m excited to share Dread Central’s favorite found footage films of 2022.

2022 was the year of culinary horror. Between Peter Strickland’s Flux Gourmet and Mark Mylod’s The Menu, gastro-terror has run rampant across our screens. Bret Lada’s found footage film The Andy Baker Tape joins their ranks as he uses a love of food as the backdrop for what unfolds in the film’s runtime.

Lada stars in the film as Jeff, a food blogger filming a pilot for a Food Network show. He decides to use his first time meeting his half-brother Andy Baker (Dustin Fontaine) as an emotional crux to the pilot. After they meet, the two proceed on a food tour down the coast, bonding and getting to know each other while eating delicious sandwiches from roadside stands.

As you can expect, things go sour. But even with the predictability of the plot, what makes The Andy Baker Tape so strong is the chemistry between Lada and Fontaine. Their banter and ease with each other make this film feel so authentic, you may find yourself slipping into believing it’s real.

The V/H/S franchise is a found footage lover’s wet dream. The found footage anthology series is a who’s who of indie horror filmmakers to watch, from Ti West to Timo Tjahjanto. Then, the resurrection of the franchise last year brought us Ratmaa and the message that found footage is here to stay. This year, Shudder gave us V/H/S/99, the fifth installment in the franchise. All of the segments, directed by Johannes Roberts, Vanessa & Joseph Winter, Maggie Levin, Tyler MacIntyre, and Flying Lotus, take place in 1999 at the edge of the millennium, a time full of anxiety and rage. Each director captured that madness while also providing a darkly comedic and camp twist to their respective stories.

V/H/S/99 is the most consistent entry in the series yet. All of the segments operate on another level of bizarre creativity. Never has a V/H/S/ film felt so cohesive in tone and humor. Fly Lotus’ segment “Ozzy’s Dungeon” in particular emulates the ridiculousness and the rage of the time. V/H/S/99 continues to prove the power of found footage and the creativity it lends filmmakers.

Taiwanese found footage film Incantation seems to have fallen out of nowhere onto Netflix this summer. Directed by Kevin Ko, the film follows a woman who broke a religious taboo six years ago. Now, after the birth of her daughter, she must protect her only child from the consequences of her curse. It’s a slow burn for sure, building to a shocking climax, a structure often seen in East Asian found footage.

In his Best of 2022 list, Dread Central’s Chad Collins said of the film,

“Empathetic, terrifying, and ingenuously crafted across multiple timelines, Ko accomplished something remarkable here, a movie that is fundamentally poised to shift the trajectory of found footage horror writ large.”

Fans of Koji Shiraishi’s Noroi: The Curse and Banjong Pisanthanakun‘s The Medium need to check this one out as soon as possible.

Married directing duo Vanessa and Joseph Winter are having a killer year. Between their segment “To Hell And Back” in V/H/S/99 to their directorial debut Deadstream, they’re killing it in the found footage horror world. Their film unfolds in “real-time” as a vlogger live streams his stay in a haunted house to redeem himself to his followers. But little does he know that a ghost is just as desperate for attention.

Deadstream is a found footage Evil Dead, chock full of oozing wounds and putrid fluids. It’s an impressive feat for a found footage film, as they often don’t showcase extensive practical effects due to budget constraints. Yet here, the Winters cleverly use their resources to deliver a new kind of found footage film for the modern era.

The Curse of Professor Zardonicus

Before he became a contributing writer for Dread Central, Gabriel Theis directed the pseudo-documentary The Curse of Professor Zardonicus. The micro-budget film stars Theis as Greg, a film student looking for the subject of his next film. He stumbles across Darren (Alec White), a conspiracy theorist convinced of the existence of Professor Zardonicus . You see, this doctor was changed into something after a failed science experiment on their college campus. Darren wants Greg to help prove the existence of this urban legend.

The chemistry between Theis and White sells the strange relationship at the center of this pseudo-documentary. Theis has you questioning what’s real until the very last minute.

Jacob Aaron Estes‘ latest film is a family affair born out of pandemic boredom. Estes directed and wrote He’s Watching with the help of his two kids Iris Serena Estes and Lucas Steel Estes, who also star in the film. The siblings play themselves as they’re stuck at home during a pandemic that has sent their parents to the hospital. They must take care of themselves and figure out how to pass the time in a seemingly post-apocalyptic landscape. But as time passes, something or someone begins haunting the children, filming them in their sleep.

Estes’ film is an experimental piece of found footage that doesn’t want to totally make sense. Instead, it wants to mess with your sense of time and reality. Fans of more vibe-forward found footage will want to seek this. one out.

This is a special entry on the list because The Barbados Project marks the first horror film from Barbados. The film was written and directed by Stockton Miller in 2019 and was initially released as The Trident: The Land We Call Home. Then, found footage filmmaker Thomas Burke found the film and worked with Miller to re-edit the film and upgrade its graphics for a re-release in the indie found footage world.

The Barbados Project is a tight 60 minutes and follows a journalist who sees a video of supposedly a giant creature on the beaches of Barbados. As they investigate the video’s content, they unveil a massive government conspiracy.

Found footage and creature features are hard to marry, and even with a micro-budget, The Barbados Project succeeds in bringing its vision to life. Sure, it’s not perfect. But it’s an incredible testament to indie filmmaking.

Isaac Rodriguez is prolific in the indie found footage horror space. In just the last few years, he’s released titles such as A Town Full of Ghosts and Last Radio Call. But perhaps his best work from 2022 is his second screen horror film Deadware. Rodriguez throws it back to the early 2000s with the beginning of video chats and playing video games online. Here, two friends video chat for the first time and decide to play a strange game online. But, this game isn’t normal and quickly their lives fall apart. And all we can do is watch through their webcams.

Rodriguez captures the aesthetics of the early 2000s internet impeccably well, casting off Zoom windows for a more retro experience. It’s a welcome change to the more typical second-screen horror of the last few years, particularly during the heigh of the pandemic.

When The Screaming Starts

Imagine if What We Do In The Shadows was about serial killers. Then you’d have Conor Boru and Ed Hartland’s pseudo-documentary When The Screaming Starts. Producer Jared Rogers stars as Norman Greysmith, a documentarian looking for his next big story. He finds aspiring serial killer Aiden (Hartland) and decides to document Aiden’s attempts to build his own version of the Manson family. At first, this strange story of found family is predominantly funny. Darkly so, yes, but it’s humor forward in its tale of misguided murder.

But then, the film shifts into a surprisingly violent look at becoming too enmeshed in your work and the consequences of being obsessed with murder. The balance Boru and Hartland strike with the script makes When The Screaming Starts stand out from previous pseudo-documentaries of its ilk. Yes, it feels familiar, but still makes a unique place for itself in the genre.

Holes In The Sky: The Sean Miller Story

Holes In The Sky is a found footage sleeper hit of this year. Dread Central’s Giallo Julian initially reported on the film and since then, this alien abduction story has been floating in the back of my mind. The film follows a documentary crew making a movie about alien abduction. They find supposed alien abductee Sean Miller and travel into the middle of nowhere to interview him about his experience. While some are skeptical of Sean’s story, events begin to transpire that may prove Sean is telling the truth.

Alien abduction movies can be hard to pull off, especially with found footage. But here, director Ash Hamilton knocks it out of this park with this hidden 2022 horror gem.

Next year is already poised to be an incredible year for found footage, between Paul Owens’ LandLocked, Robbie Banfitch’s The Outwaters, and Kyle Edward Ball’s Skinamarink. I’m excited to see what 2023 holds for the technique and how filmmakers continue to push the boundaries of what’s possible in horror.