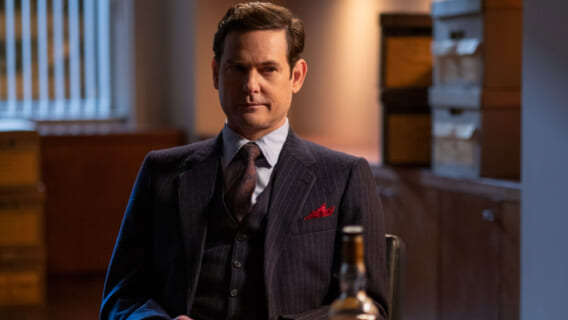 Directing duo Justin Benson and Aaron Moorhead are known for their ability to meld emotional storytelling with terrifying horror elements. From Spring to Synchronic, they’ve told horror stories full of love and companionship. Their latest film Something In The Dirt is no exception. In melding found footage elements with heartfelt dialogue between two new friends, the film has captured the minds and hearts of the horror community. And it’s captured the attention of the king of sad horror film himself, Mike Flanagan.

With the recent announcement of the film’s nomination for the John Cassavetes Award at the Indie Spirt Awards, Flanagan took to Twitter to sing its praises. He even called it one of his favorite films of the year.

When neighbors John and Levi witness supernatural events in their Los Angeles apartment building, they realize documenting the paranormal could inject some fame and fortune into their wasted lives. An ever-deeper, darker rabbit hole, their friendship frays as they uncover the dangers of the phenomena, the city, and each other.

Benson stars in the film as Levi, with Moorhead playing John. David Lawson produced the film with Benson and Moorhead.

In her review out of the 2022 Sundance Film Festival, Dread Central’s Mary Beth McAndrews wrote:

[Something In The Dirt] is Benson and Moorhead at their best, creating a genre film filled with tenderness and intimacy. It’s bizarre, it’s relatable, and it’s sweet. This film is a rare treat that horror lovers are lucky to receive.

Something In The Dirt is available now on digital and VOD.