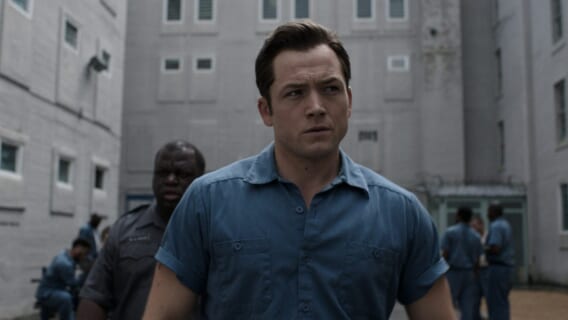 Stephen King is our Maine Man, and when he has a television recommendation we usually take it very seriously around here. We recently noticed that the horror icon and prolific author had shared his feelings about an Apple+ series a while back, and we just had to learn more.

Black Bird is a true crime drama miniseries crafted by Dennis Lehane and premiered this past summer. See what Stephen King has to say about the show below.

In Black Bird, “As Jimmy Keene begins a 10-year prison sentence, he gets an incredible offer: if he can elicit a confession from suspected killer Larry Hall, he will be freed; completing this mission becomes the challenge of a lifetime.”

The limited series is based on the autobiographical In with the Devil: a Fallen Hero, a Serial Killer, and a Dangerous Bargain for Redemption by James Keene with Hillel Levin. Lehane himself is a famous author known for penning novels like Shutter Island, Mystic River, Gone Baby Gone and Live by Night.

Stephen King isn’t the only fan of the true events series, as it currently holds a Rotten Tomatoes 97% approval rating. Check out what King has to say here:

Lastly, have you had a chance to check out Black Bird on Apple+? Let us know over on Twitter via @DreadCentral. We’re always around to chat about all things Stephen King!