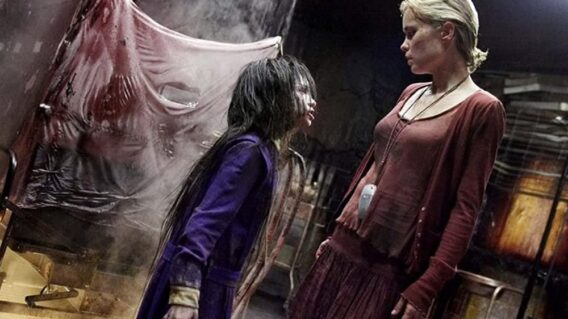 It’s a big day for Silent Hill fans. Konami has announced a remake of Silent Hill 2, a new original game, and an upcoming third film directed by Christophe Gans, Return To Silent Hill. Gans is no stranger to the franchise, as he directed the original 2006 adaptation starring Radha Mitchell and Sean Bean.

This third film is an adaptation of the second game, which is a fan favorite. It follows a man named James who goes looking for his deceased wife Mary, who sent him a letter saying that she’s waiting for him in Silent Hill.

In Konami’s press conference, Gans shared how they are both staying true to the classic franchise monsters while also updating them for contemporary audiences. He explicitly mentions there will be Pyramid Head. He was introduced in the second game after all.

Earlier this year, Gans teased a new Silent Hill film in an interview with Jeux Video. He said,

“The script for a new…movie [is] totally independent from the two previous movies made and respects the way Silent Hill has evolved. [It’s] a bit like Twilight Zone, the Fourth Dimension, a place where anything and everything can happen. I worked on a new Silent Hill which is a Silent Hill of the year 2023 since the film would be released next year… in 2023… and not a Silent Hill as I imagined it in 2006.”

The second film in the series, Silent Hill: Revelation, was an adaptation of the third game and was poorly received upon release in 2012. Gans was not attached to the film.

No word yet on any cast or release date, but check back to Dread Central for any and all updates on the film!