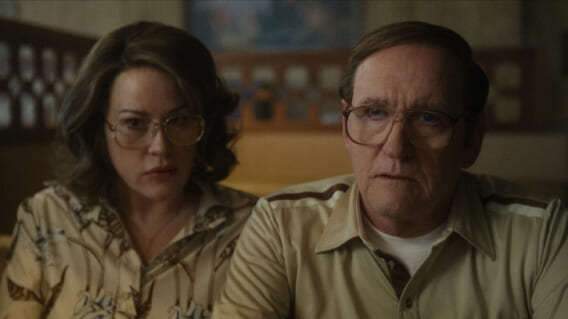 Netflix and Ryan Murphy have unleashed the year’s biggest true crime adaptation, and it certainly has people talking. The collaborators have joined forces to reenact one of the most upsetting crime sagas in American history. And now DAHMER – Monster: The Jeffrey Dahmer Story has landed Netflix their biggest debut of all time, beating out Squid Game with 196.2 million hours viewed in just one week. While other drops, like Stranger Things 4, have seen larger first-week audiences, DAHMER now holds the record for a debut series.

Between 1978 and 1991, Jeffrey Dahmer gruesomely took the lives of seventeen innocent victims. DAHMER – Monster: The Jeffrey Dahmer Story is a series that “exposes these unconscionable crimes”, and is allegedly “centered around the underserved victims and their communities impacted by the systemic racism and institutional failures of the police that allowed one of America’s most notorious serial killers to continue his murderous spree in plain sight for over a decade.”

DAHMER is far from the first series Netflix has crafted with the help of Murphy. Together they have delivered a number of TV and film projects, including The Politician, Halston, Hollywood, The Prom, and Ratched. Executive Producers also include Alexis Martin Woodall, Eric Kovtun, Evan Peters, Janet Mock, and Carl Franklin.

The series premiered on the streamer last week. Take a peek at the first trailer for the project right here:

Lastly, what do you think of Dahmer on Netflix? Let us know on Twitter via @DreadCentral! We’re always around to chat about all things Netflix horror.