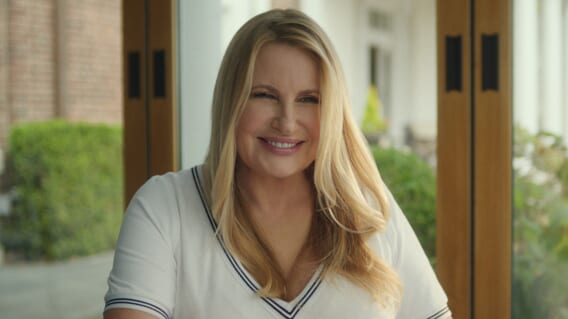 Netflix seems to have Ryan Murphy on tap these days for adapting heinous true crimes into hit television spectacles. Just last week the team unleashed their gutting and brutal series, Dahmer. While the families of Jeffrey Dahmer’s victims have been speaking out against the ‘cruel’ series, it continues to reach audiences and stir conversations and reactions all across the Internet. Now the streamer and the American Horror Story captain are unveiling The Watcher, another scripted series based on a very real and very frightening true crime.

Ominous letters. Strange neighbours. Sinister threats. A family moves into their suburban dream home, only to discover they’ve inherited a nightmare. Inspired by the true story of the infamous “Watcher” house in New Jersey, the show follows the Brannock family moving into what was supposed to be their suburban dream home. However, the idyllic setting quickly becomes a living hell. Ominous letters from someone calling themself “The Watcher” are just the beginning as the neighbourhood’s sinister secrets come spilling out.

Dean (Bobby Cannavale) and Nora Brannock (Naomi Watts) just purchased their dream home in the idyllic suburb of Westfield, New Jersey, but after putting all of their savings into closing the deal they soon realize the neighborhood is less than welcoming. There’s a kooky older woman named Pearl (Mia Farrow) and her brother Jasper (Terry Kinney), who sneaks into the Brannock’s house and hides in their dumbwaiter. There’s Karen (Jennifer Coolidge), the realtor and an old acquaintance of Nora’s, who makes them feel like they don’t really belong, and nosy neighbours Mitch (Richard Kind) and Mo (Margo Martindale), who don’t seem to understand property lines. Their icy welcome quickly turns into a full-blown living hell when ominous letters from someone calling themself “The Watcher” start arriving, terrorizing the Brannocks to their breaking point as the neighbourhood’s sinister secrets come spilling out. Based on the true story of the infamous “Watcher” house in New Jersey.

The Watcher arrives on October 13th via Netflix.

Check out The Watcher trailer here:

Lastly, what did you think of the trailer for the upcoming Netflix series The Watcher? Will you be checking into this dream home once it’s released on October 13th? Let us know on Twitter via @DreadCentral. We’re always around to chat about all things Netflix true crime!