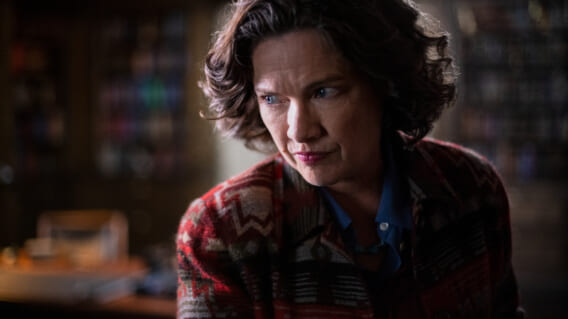 To those before, to those after. To us now, and to those beyond: welcome to The Midnight Club, a new Netflix horror series from Mike Flanagan the producers of The Haunting of Hill House and Midnight Mass. Watch the full new trailer below.

In the show, at an estate with a dark past, the members of the Midnight Club meet each night at midnight to tell scary stories – and to look for signs of the supernatural from the beyond. This new show is based on the beloved Christopher Pike book series and is being brought to life by the creators behind The Haunting of Bly Manor.

Check out the official full trailer for The Midnight Club

Here’s a Goodreads synopsis for the original novel:

Rotterdam Home, a hospice where teenagers with terminal illnesses went to die, was home to the Midnight Club–a group of five young men and women who met at midnight and told stories of intrigue and horror. One night they made a pact that the first of them to die would make every effort to contact the others . . . from beyond the grave.

Lastly, what did you think of the full trailer for Mike Flanagan and Leah Fong’s series adaptation of The Midnight Club? Will you be rushing to hit play on October 7th? Let me know over on Twitter via @joshkorngut. I’m always around to chat all things YA horror!