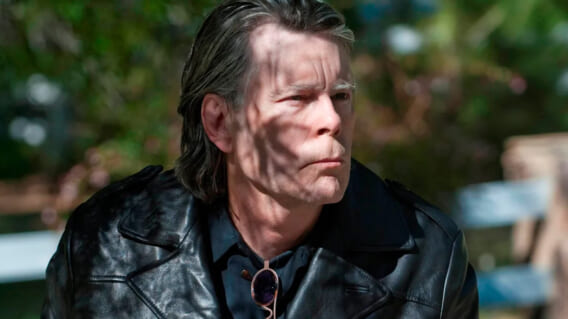 The new Apple TV+ miniseries Five Days at Memorial is a gripping and gutting depiction of one hospital’s struggle to keep its patients alive in the midst of one of America’s most devastating natural disasters. On the show, as water rose, resources disappeared, and exhaustion set in, the employees at Memorial Medical Center faced unimaginable choices following Hurricane Katrina. Now author Stephen King has taken to Twitter to share his feelings about the project which he gives his golden stamp of approval.

Five Days at Memorial premiered on August 12th, 2022 on Apple TV+. The first three episodes are available online, with new ones coming out every Friday. The show is based on the non-fiction book of the same name by author Sheri Fink, while the limited series is written and directed by John Ridley and Carlton Cuse.

Stephen King’s Tweet about the Apple TV+ title is more than just a little bit glowing. Not only does the horror icon describe the show as “heartbreaking” but also admits that it’s the best-miniseries he’s encountered in 2022. See his Tweet:

Lastly, will you be checking out the Stephen King recommended series Five Days at Memorial? Let us know on Twitter via @DreadCentral. We’re always around to chat about all things Stephen King!