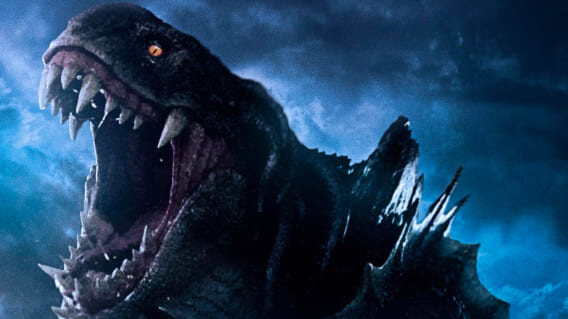 Are you ready for some ginormous Kaiju-style monster insanity? Good, because we’ve got a brand new exclusive look at The Lake, an epic horror film unlike anything you’ve seen this year. Japan gave us Godzilla. Korea released The Host. And now, Thailand is unleashing the enormous upcoming monster movie The Lake. Check out the full trailer below.

In the film, when a mysterious monster rises from the Mekong River and attacks Bueng Kan, it cuts people off from the outside world. Officials and people in the area, including Chinese scientists who accidentally came to conduct research in Thailand, must be mobilized to catch this monster before it’s too late.

Check out the brand new trailer for The Lake exclusively right here:

Epic Pictures is an investor and global sales agent, excluding Asia but including Korea. A Thai-Chinese co-production, The Lake is a Hollywood Thailand film and produced by Watson Boy Homsangpradit. Patrick Ewald serves as executive producer.

The Lake director Lee Thongkham said of the film:

This monster genre has been used in so many territories. But what makes our monster stand out from the rest is that it is real and it has a unique ability which we can’t give out the main plot point. But be assured that there will be a reason why we chose to use animatronic gigantic monsters in the story.

Lastly, what did you think of the new trailer for The Lake? Will you be tipping your toes in once a North American release is officially launched? Let us know on Twitter via @DreadCentral. We’re always around to chat about all things international horror!